What is the app Rama-McGonigal were talking about? Evi Kokalari discloses the details: It is used by the CIA

"McGonigal as evil as Putin", the strong statement of the former official's ex-girlfriend: Betrayed the FBI for money

Njjela's strong warning: Albania has entered history towards ethnic unity, it is our time

Is Serbia recognizing independence? The official announcement is being distributed rapidly on the network: Republic of Kosovo... (PHOTO)

After the failure of the meeting with Minister Kushi, the latest movement of the lecturers is revealed 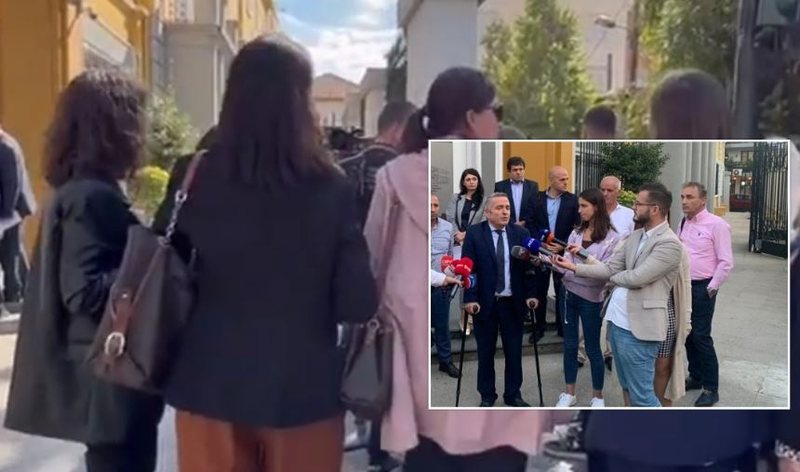 The meeting of the pedagogues with the Minister of Education, Evis Kushi, did not produce the expected results.

In a statement to the media after the meeting, the lecturers said that it was agreed only with regard to doctorates and a redesign of the hours, but they still stand by their demands.

They further warned that the protest will continue on October 5 and will be in the form of rallies.

"Regarding the transparency of university expenses, the Ministry promised that it would demand transparency from universities on how public money is spent. We agreed on the point with doctorates, regarding the conditions and the number of doctorates that a lecturer should lead. I believe this will be fixed.

We agreed on a redesign of the hours. It was agreed that it will be analyzed in its entirety to establish a coefficient. We agreed in principle that lectures have a greater coefficient than seminars, both for the bachelor and the master.

We are committed to the main requirements. Our demands are not exaggerated. Exaggeration comes from the wrong perception of the value of money. Every citizen has the right to ask for refunds in times of inflation. Every citizen is supported by every citizen. The government has the option of reimbursing something for students. On October 5, the protest continues. It will be in the form of a rally. It will be a forum with academics and professors", said the professor.

The mistakes of the excellent "VIP", Kreshnik Spahiu makes fun of the resident of Big Brother: He has raised hopes in Albania

What happened? About 4,000 residents have been without electricity for 24 hours, the cause is revealed

"He had a good friend", McGonigal's ex-girlfriend reveals details about the former official's meeting with Rama

They were supplying the Netherlands and Albania/ The criminal group is destroyed in Romania, two Albanians are in handcuffs (VIDEO)

VOA: Incinerators that do not burn risk a new environmental crisis

A fire breaks out in a building in Tirana, the police are on the scene, the details are revealed quickly

What happened in Albania? The ministry comes out with the important announcement and clarifies the details

What will happen? The police come out with an important notice for the Durrës-Elbasan road, here's the reason

"Before the hyenas, come the lions," Efi gives the strong message after the end of the Big Brother journey

After taking Efi out of the house, Dea Michel "in delirium": Luizi is afraid of me because I am... (VIDEO)

The debate between Dea and Luiz last night was one of the most talked about conv...

"Crack" tension in the kitchen! Valbona and Luizi fight with Tea, here's what happened (VIDEO)

The test of the week set by Big Brother to cook 4 thousand pancakes, was accompa...

This morning, Kiara had coffee with Olta's group. She told Tea, Diola and Nita t...

"Stowed" the hearts of the Albanian public, here are some of the hottest photos of Efi Dhedhe

Efi Dhedhes is one of the most commented and loved girls of the moment. "Th...

After Effie's disqualification last night, the residents inside the Big Borther ...