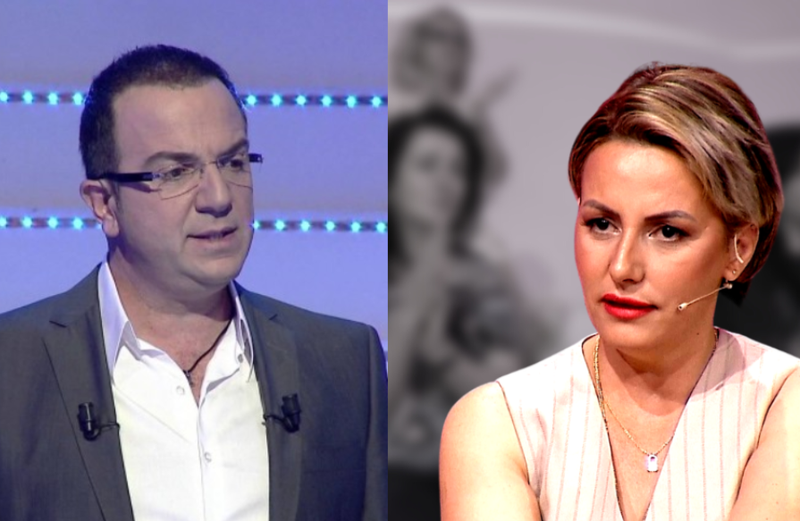 Part of the column 'There is a message for you' today was Alida, who had invited her close friend Entela.
Their friendship has crossed boundaries and they call each other sisters, especially Alida who is the only daughter among the brothers. She has known her sister in England and among the many joys and difficulties they have shared together, Alida singles out the last two years, which have been a challenge for life. Entela has always been on her side, but what brought her even closer, she shows in the program "Albanian Sunday".

Alida: I come from a very difficult experience these last two years. In 2020 I was provided with documents, at that time it was pandemic and it was quarantine, everything was closed and I was going to do my 40th birthday. And what did the sister do? He organized a surprise party for me while groups were not allowed to gather because I was fined. At 9 in the morning, I open the door of the house and I stand in front of 15 people and I say "do you know what will happen that is the quarantine?" And she said "I pay the fine, today you will celebrate, you are 40 years old".

I rejoiced, cried out of happiness, an extraordinary day passed, but it did not last long. Just a month and a half later I go for a routine check-up and get diagnosed with breast cancer and I would have surgery right away. Just because it was such a state, hospitals, I fell into a depressive state, but the sister was always there for me. For strength, for support.

Ardita Gjebrea: Who did you tell about this disease?

Alida: The first person was Telushja. She was working in pharmacy at the time and had knowledge of breast cancer. After I did the examinations and waited for the biopsy answer, I had to wait two weeks, I prayed to God every day that it was not because they said it might not be and she prepared me, “Lida prayed to be in the early stages because "Medicine has evolved and you will succeed, we will succeed together, whatever it is."

Back then she tells me that "I knew with the signs you had shown me and the photos I had seen and the examinations that had been done, I knew you had it, but I prayed and cried every night to be in the early stages" and so it happened. The disease was in the early stages, but the cancer was very aggressive, of the last degree. I continued, I did the operation but I also made the decision that I would not tell anyone.

Ardita Gjebrea: Did you tell your husband?

Alida: My husband accompanied me, but not the children. Even against my husband's wishes, I told him "I will not tell you" because I had the eldest son on the eve of the exams, he would get a degree.

Ardita Gjebrea: What about the parents?

Alida: No to parents. They waited for me every day when they would see me because my documents had come out. I could not tell him that my father had three heart attacks, so it would be like telling him to run away and die. For a year and a half they knew nothing.