Escobar with clear agenda against corruption of Albanian politicians, meeting with Ilir Meta avoided, here is who he is expected to meet

Azgan Haklaj and Kreshnik Spahiu: Berisha confidently, demands the walling of the DP through charlatans, those who follow him do not have the moral to speak

December 8, Muharrem Xhafa reveals the behind the scenes: This is why Ramiz Alia sent Berisha to the students, Saliu's mission and how he suddenly turned anti-communist

What is happening? After testing the 'hypersonic weapon', the US Army Chief of Staff warns of the critical situation: US and China near a new moment "Sputnik" 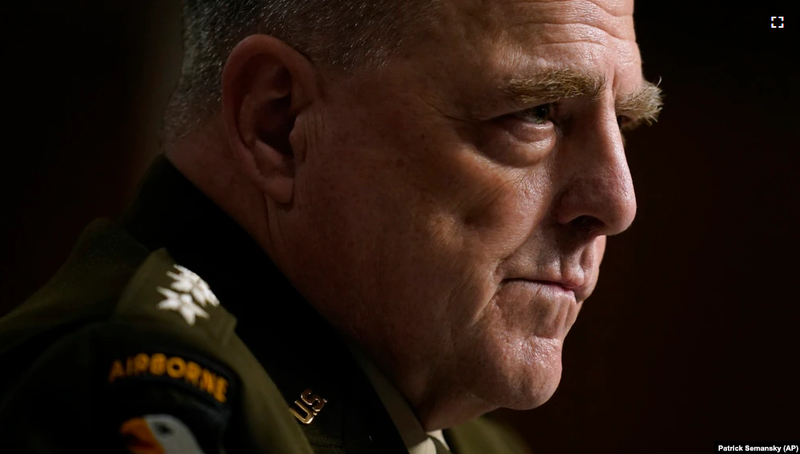 The U.S. military's chief of staff, General Mark Milley, confirmed that China had tested a hypersonic weapon earlier this year, and said the test was very close to a "Sputnik moment" for the U.S. military.

Speaking in an interview with Bloomberg television, Milley said that this is a "very important technological event", which has "all the attention" of the United States.

"I do not know if it is a Sputnik moment, but I think it is very close to that," said Milley.

The launch of the world's first Sputnik satellite by the Soviet Union in 1957 has attracted much attention and heightened US fears that it was lagging behind in terms of technology.

The event has led then-US President John F. Kennedy to declare that the US will land people on the moon, and that goal has been achieved in less than a decade.

The US Department of Defense has previously refused to confirm the Chinese evidence, which was first reported by the Financial Times on October 16.

The rocket flew around the Earth at a low altitude and at a speed more than five times faster than the speed of sound, wrote the Financial Times.

Military experts are alarmed by the test of the missile with nuclear capabilities because, according to them, it is difficult to detect.

China's Foreign Ministry has denied testing weapons. She said the test was routine. "It was not a rocket, it was a spacecraft," the Chinese ministry said.

US President Joe Biden and other US officials have expressed general concerns about the development of Chinese hypersonic weapons.

Pentagon spokesman John Kirby declined to comment on China's evidence or General Milley's statements, but said China's work on advanced hypersonic weapons "is one of the few issues" that has caused concern in the Biden administration.

"Any major advance in China's military capabilities" does little to reduce tensions in the region and beyond, "Kirby said.

Asked by reporters about US advances in hypersonic weapons technology, Kirby said it was "real, tangible".

"We are working to be able to develop that ability. "This is not a foreign technology to us," said Kirby.

Hypersonic missiles are capable of traveling five times faster than the speed of sound.

They are considered more maneuverable than conventional missiles and more capable of evading air defense.

According to CNN, CIA Director William Burns described China last week as the biggest technological threat to the United States.

Earlier this month, Burns said his espionage agency would step up its efforts against China.

It is not extramarital sex, Pope Francis shows who are the two most serious sins of man

The new variant that is scaring the world, WHO comes out with the latest announcement: Omicron to fight through… / Here is what the Voice of America writes

US media echoes / The tense situation in Ukraine could lead to extreme moves from the US as well. The emergency plan that the Biden administration is planning is revealed

"We would offer them additional equipment" / Biden warns Putin: If you continue with the occupation of this state, you will ...

The situation gets out of control / A fist breaks out between the deputies in the parliament, not even the guard can stop them. What senior officials said during the clash is revealed (VIDEO)

Which of the women in politics would you like to be in Big Brother? Nard Ndoka speaks by name

Tensions escalate / US tough on Russia, gives $ 300 million to the Ukrainian army

1 year after the murder of Klodian Rasha, his father comes out with the strong statement: The state should find me who put the gun next to the boy. I pray to God that ....

During Tuesday's show at Big BrotherVIP home the production has chosen to play...

Illyria seems to have been the main topic of many discussions and debates last n...

After the end of the "Big Brother VIP" show, it seems that almost all the reside...

The well-known Albanian MP, Adriana Matoshi, was released from the hospital tw...