Satellite images reveal Russian ships being stolen by Ukrainians, here is what they are loaded with 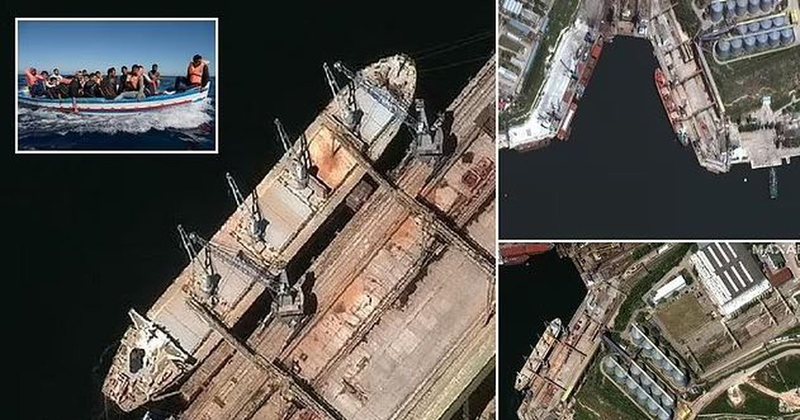 The photos, taken by Maxar Technologies this month, show Matros Pozynich and Matros Koshka in the harbor as silos dump food in an open area. It can now be seen that both ships have now left the port.

Recall that Volodymyr Zelensky has accused Russia of 'gradual theft' of food supplies, despite the fact that Ukraine fears a global grain crisis as a result of shortages.

There are fears that such a crisis could trigger another wave of migration, as Africans desperately try to move to Europe.