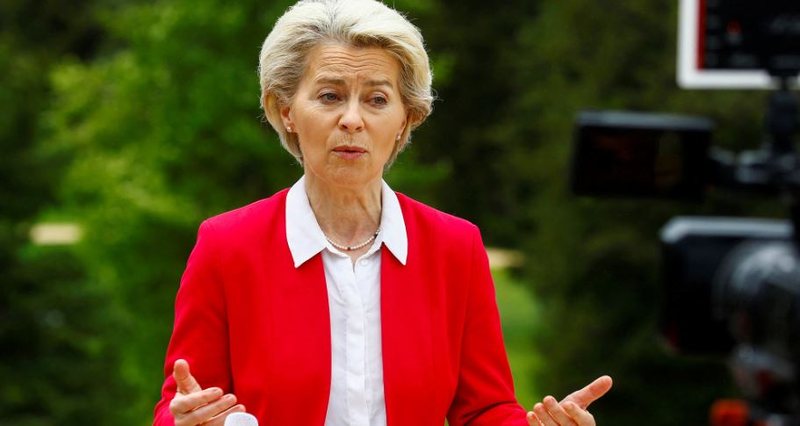 The President of the European Commission has announced the embargo on Russian oil, where she spoke at the World Economic Forum.

"We are working hard on this, it is a matter of weeks, but we really need to find a solution for investment needs. "Therefore, it is important, we have to adjust it in a way that we do not have the situation that Putin can take the oil, that he does not sell it to us and then sells it at a higher price in the world market", he said von der Leyen.

Some EU members, including Hungary, continue to oppose the European Commission's proposal to phase out Russian oil by early 2023. A Russian oil embargo would be the sixth package of EU sanctions on Russia that when it invaded Ukraine on 24 February.

Von der Leyen also said that Russia should play a role in the reconstruction of Ukraine. "The needs for reconstruction, the financial needs are massive and we all have to pay, even the international financial institutions", she said. "And I think it would be fair for Russia to pay its share as well," he added.