Brizida Gjikondi: The election of Berisha at the head of the Democratic Party is an assassination attempt against democracy, the former prime minister is a symbol of corruption, after the US and the EU are expected to declare him "non grata"

The poll of the newspaper "Sot" is revealed: Who are the most corrupt ministers in the government, the big surprise is Edi Rama, here is the place in the list

Sweden and Finland in NATO, US supports membership and demands urgent explanations from Turkey, White House and Pentagon react 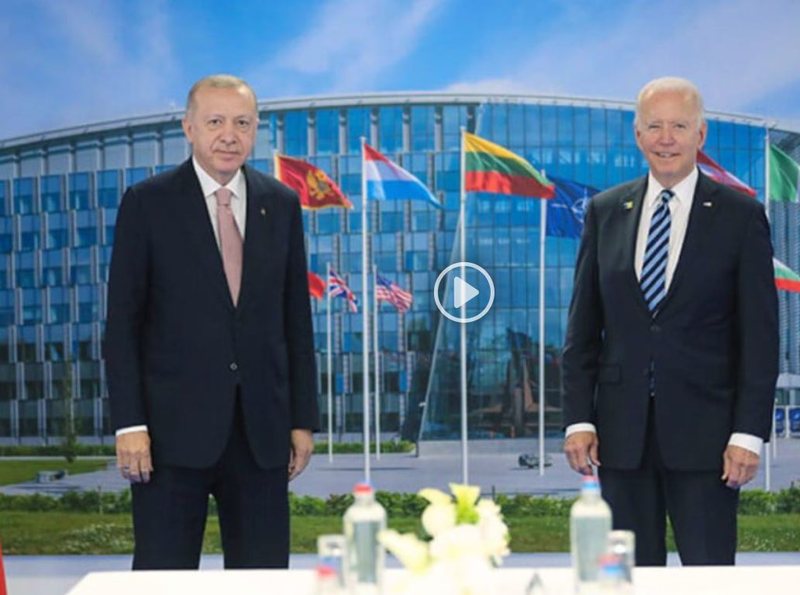 US President Joe Biden has emphasized the "close security and defense co-operation" between the United States, Finland and Sweden in a joint telephone call with their leaders, during which he also encouraged their membership in NATO.

The White House said in a statement that Biden "reiterated their joint commitment to continue coordinating in support of Ukraine and the war-torn Ukrainian people."

"President Biden underlined his support for NATO's open door policy and for Finland and Sweden's right to decide for themselves on their future, foreign policy and security arrangements," the House said in a statement. White.

He spoke with Swedish Prime Minister Magdalena Andersson and Finnish President Sauli Ninisto. The White House and the Pentagon later said they were seeking clarification on possible objections from NATO ally Turkey to Finnish and Swedish membership.

Turkish President Recep Tayyip Erdogan said his country would not repeat the same mistakes as Greece and accused the Nordic states of being hostels to "terrorist organizations".

The "Pandora's Box" opens in Russia, the sensational movement of 100 senior officials that will shake the Kremlin, Vladimir Putin on alarm

Shocking warning from Russia: The West has declared a total war, this is when we will destroy Germany with an atomic bomb

"The war is turning against him", Biden makes serious accusations against Putin: Here is what he is trying to do in Ukraine ...

"We are aware and aware, but ..." Ukraine demanded long-range missiles, the Pentagon reacts, here is what it has decided

The mayor of Kiev denies everything: I did not compare the struggle of Ukrainians with that of Kosovars

Finland and Sweden applied for NATO, the Ministers of Defense of the member countries hold an urgent meeting, the representatives of ...

"It has come out of the laboratories of ...", Russia makes strong statement about monkey line, calls on WHO

"I will shut everyone up!" / Beatrix Ramosaj can no longer bear it and breaks the ice, talks for the first time about the sensational Bora-Donald reunion and how she received it

Beatrix Ramosaj has not made any TV appearances for months. Tonight she has brok...