The well-known author is attacked with a knife, the state media of Iran is surprised by the statement, congratulates the author: We must kiss his hand! 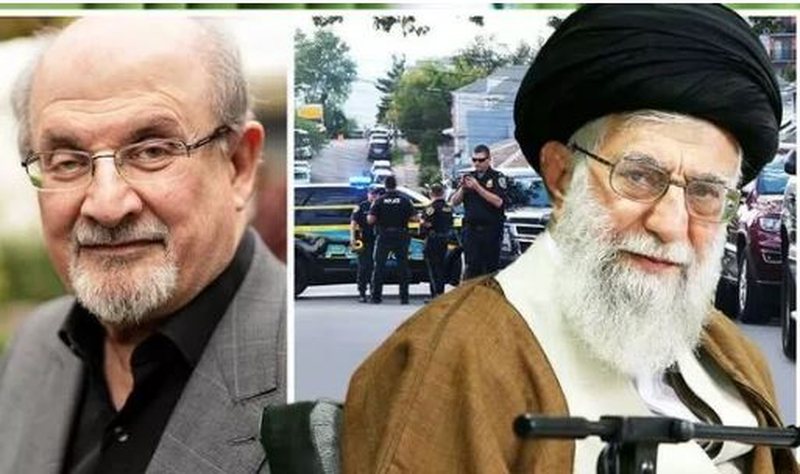 A serious event happened yesterday in New York, where the author Selman Ruzhdie was attacked and stabbed 15 times while he was speaking at a seminar.

But unlike what is reflected in the Western media, the event in Iran is seen in a different light

The state media has congratulated the author of the event saying that his hand should be kissed.

"A thousand bravos to the brave and responsible man who attacked the evil Salman Rushdie in New York. The hand of the man who stabbed the neck of God's enemy should be kissed," wrote Hossein Shariatmadari, editor-in-chief of the hard-line newspaper Kayhan.

Shariatmadari is directly appointed by Iran's Supreme Leader Ali Khamenei, whose Twitter account was suspended in 2019 after he tweeted that the death sentence against Sir Salman was irreversible.

Salman is currently unable to speak and is on a ventilator in a New York hospital, while his agent has confirmed that the actor is likely to lose an eye.

Salman's 1988 novel, The Satanic Verses, was perceived as blasphemous by the Islamic community.

A year later, Iran's former religious leader Ayatollah Sayyid Ruhollah Musavi Khomeini issued a fatwa against him calling on Muslims around the world to kill the Indian-born author.

As a result, the perpetrator was forced into hiding for years and the death penalty was never lifted.

There has been no official reaction so far in Iran to the attack on Sir Salman.