Ilir Meta comes out with an urgent notice, demands that an immediate decision be made against the well-known judge of the Constitutional Court, the violations committed are revealed

At the peak of frost where temperatures are below 0 degrees, OST turns off the lights for half of Tirana. The official announcement is published

Under investigation 3 senior officials of the Municipality, serious accusations are revealed (DETAILS) 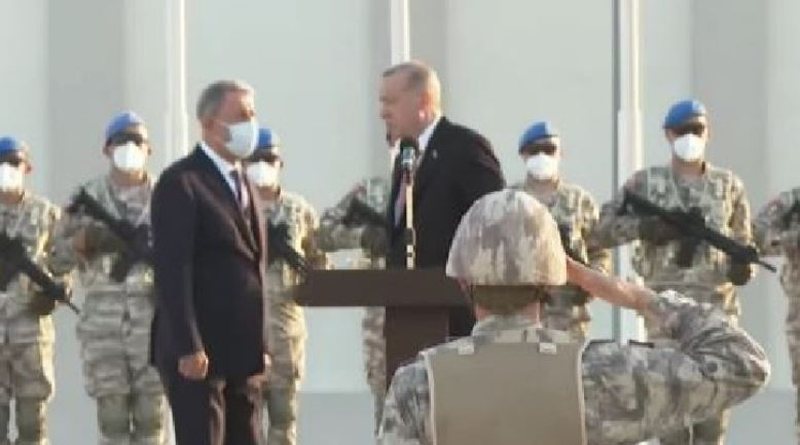 Numerous questions have been raised about the health of Turkish President Recep Tayyip Erdogan, and a video recently released by the Turkish media adds to doubts about his health problems.

Present in Qatar, while speaking in front of a Qatari-based military unit, Erdogan at one point forgot what he meant.

It was the Turkish Minister of Defense who immediately approached him and hurried to help him and give the soldiers the usual wish "Allah bless you". The video was later distributed by the Turkish media.

Shocking / Macabre crime within the family, the 48-year-old kills his brother, sister-in-law and their two sons. After making another drastic decision, the author's wife sets the alarm

The video of the "dead" walking inside the morgue was spread quickly, the Ministry of Health reacted immediately

From financial sanctions to 'hitting' relatives, here are the sanctions that endanger Putin's US if he attacks Ukraine

Tragic! A 7-year-old girl is fatally attacked by a pack of dogs

The White House is preparing for possible Russian actions in Ukraine

The troubles for Boris Johnson, the British Prime Minister under investigation by the police, are not over

The worst thing happens to the scandal / Judge, he is threatened with intimate videos

(VIDEO) An awkward 'live' moment happens to Arjola, her chest comes out

Actress Arjola Demiri got attention again with the dress on last night of "Big...

What happened? Egzona bursts into tears after the 'Big Brother VIP' show, her emotional conversation with Donald is revealed: I have many things I did not tell her, but ... (VIDEO)

During Tuesday's show, the secrets that the residents had told at the confession...

After being told that he is in a serious emotional state, the singer's friends show that they did not even talk to her on the phone, Dafina Zeqiri and Fjolla Morina send this message to Beatrix

'Big Brother' gave VETO the right, Angel surprises everyone with her unexpected decision

Last night, the residents expressed their nominations one after another. In the ...

Holiday in Ardi Gjebrea's family, Anna gets the exciting surprise from her parents (PHOTO)

There is a holiday in Ardi Gjebrea's family today. Their little one, Anna Gjebre...