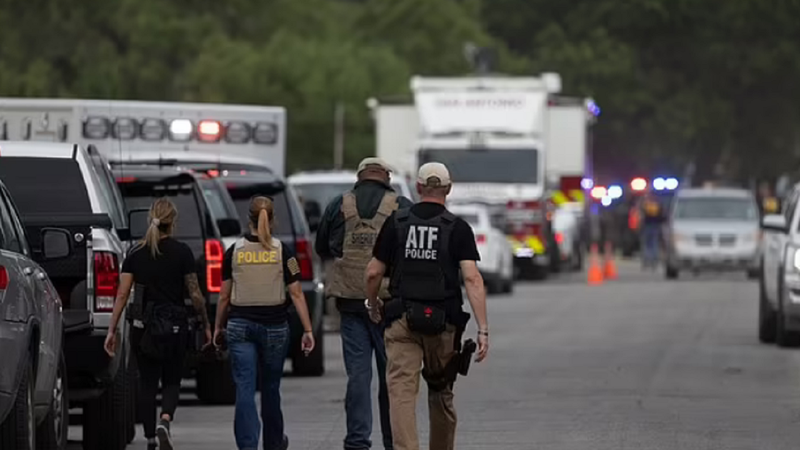 The 18-year-old Uvalde striker sent a message to someone on Instagram that "I have a bad secret" just hours before he killed 19 children and two teachers at Robb Elementary School.

Three days before the attack, an Instagram account linked to striker Salvador Ramos posted a photo of two rifles lying on a rug.

The owner of the tagged Instagram account wrote in a story posted after the shooting that Ramos had tagged her and sent her a vague message.

The girl, who did not include her name in her account and has since made it private, has posted a series of footage of messages she said she exchanged with the attacker in the days before the massacre.

"What should your weapons do to me?" she asked.

"Be grateful I tagged you," she told Ramos, and she replied, "I do not know you and you tagged me in a picture with some guns."

In another message that appeared to have been sent the morning of the shooting, Ramos wrote "I'm ready to"

but did not say what he would do. "I have a bad secret," he wrote in another message. "I mean."

In messages posted in her story before she went private, the girl said she did not live in Texas and did not know Ramos.

"The only reason I answered was because I was afraid of him and I would like to stay awake to at least try to persuade him not to commit his crime," she wrote. "I did not know."