Hillary Clinton gives the important award to Prime Minister Rama: I admire his work. Here is what he told me when I got on the phone 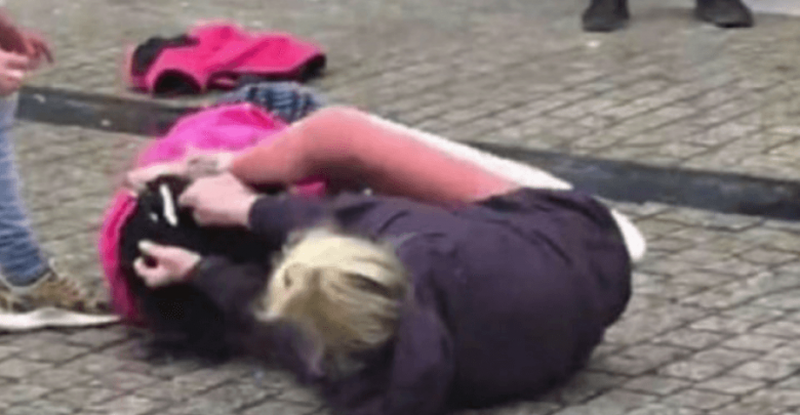 A serious incident occurred in Pogradec where a 38-year-old woman was arrested after using violence against her aunt.

Specialists for the Investigation of Crimes at the Korça Police Commissariat made the arrest in flagrante delicto for the criminal offenses "Disobedience to the order of a public order police officer" and "Production and sale of narcotics", SS citizen, 29 years old, resident of Cangonj village, Devoll.

This citizen was ascertained by the police officers in the city of Korça, with the vehicle type "Volkswagen", who signaled him to stop, but the 29-year-old did not obey their order and left quickly. Following the pursuit, it became possible to detain the SS citizen, during the control of whose vehicle a small amount of suspected narcotic substance Cannabis Sativa was found and seized as material evidence.

The materials in their charge were forwarded to the Prosecution Offices of the Judicial Districts of Korça and Pogradec for further actions.

The Albanian MP resigns, there is also a message for all those who have supported him: A new chapter is opening!

Skënder Brataj provides information on the situation of COVID-19: 60-70 24-hour home visits, almost half of which are sent to hospital. What we know about Omicron

Very sad news for the Navy! He lost his life to the coronavirus at the age of 40 Captain

When will the rains return? Weather forecaster Porja makes the forecast for December: Here is what is expected to happen

The roads of the country bleed, one dead from the serious accident

'Stick with me' / Sarah and PM quarrel with each other: The wrong woman shot you. Go hang out with them both climb up and become three

The relationship between Sarah and Dj PM fluctuates and from time to time there ...

This morning, the famous dancer, Iliri, woke up very revolted. The reason is t...