“Did Niko Peleshi help you? - No, Pride ”/ The calls that 'sank' the two chiefs of the police station and the 4 police officers in Korça are revealed 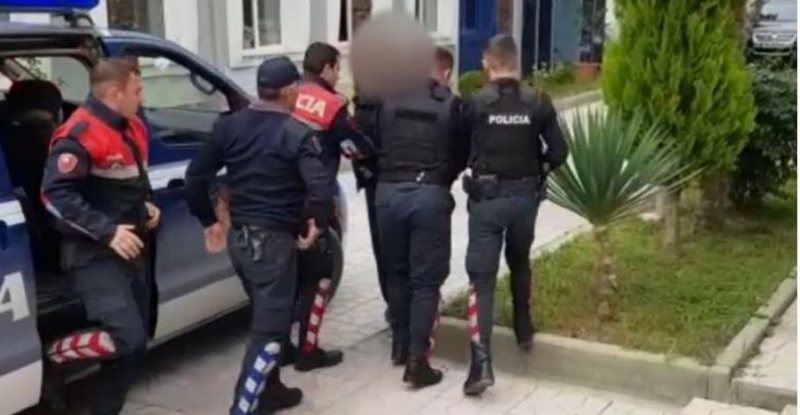 Two chiefs of the Korça police station and four traffic policemen in this city have been suspended from duty for allowing or tolerating persons transporting illegal immigrants or violating traffic rules.

The effectives have been under surveillance for two months, where their colleagues from Tirana also fell into the "net". It is even expected that in the coming days there will be more arrests in the ranks of the police. ABC has uncovered the prosecution file which shows in detail how the network of corrupt police officers was discovered.

A case of breach of duty, is where the effective PF together with GH and CA, had stopped a car where at the wheel was AD who was without a license, while as a passenger in the car was also AD The latter with his connections that had with the chief of the Commissariat K. Gjokutaj could have taken back the documents of the car. An interlocutor asked him if he had helped Niko Peleshi to cross the police checkpoint that had been set up to observe curfew. But AD responds by explaining that he was not assisted by Peleshi but by the Chief of the Korça Police Commissariat, K.Gj ..

To clarify this, the Court has allowed the interception of K.'s phone. Meanwhile, the interceptions state that K.Gj had frequent episodes in which he took the effective PF on his mobile phone, asking him to allow the vehicles to be fined.

On August 12, K.Gj. calls the police officer PF where he asks them to return the car documents belonging to DP This person has talked to K.Gj. asking him to help him recover the documents after they were blocked by a checkpoint after he was stopped outside curfew.

A similar case is where Gjokutaj calls PF and asks him not to fine a Range Rover. Another episode is the case where a person named Andrea who was driving a van would be fined, but K.Gj. he gets PF on his cell phone again telling him that this is how he does it several times regarding fines.