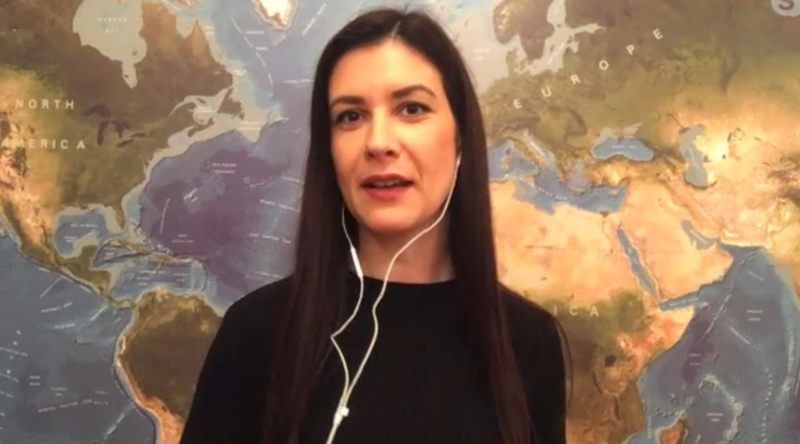 Meteorologist Adiola Bani from Meteoalb said that today the weather is unstable with occasional rain almost all over the country.

Starting tomorrow there will be clearings but temperatures will also drop significantly.

Speaking about the 'real' winter, Adiola Bani said that we expect it to start from the end of November and the beginning of December

Weekend weather and onwards? In fact today presents itself with volatile weather. Mostly cloudy and rainy in the northwestern areas. Less rainfall in central areas. In fact the whole day will appear like this with frequent eclipses and with occasional rain showers. What is worth noting is that Sunday will bring us clear weather, with very little isolated rainfall in the southern zoant. Sunday will also bring a change in the circulation of air masses coming from northern Europe, bringing down temperatures. Sunday will bring drop by at least 4-5 degrees Celsius especially in the early hours of the morning. We expect a period of 3-4 days that will present with clear but cold weather. At least until the middle of next week we will remain with typical low temperatures as in early December but with clear weather.

Coastal areas? During the afternoon hours and on Sunday there will be a strengthening of the wind parameter, especially on the Adriatic coast. Not that they will make the beach, but the presence of the wind will be pretty sensible. Then we expect the situation to calm down from Monday onwards. The drop in temperature and wind will make the temperatures feel colder.

The real winter? Regarding the snowfall, we do not expect the presence of snowfall either in Korça or in the northeast of Albania. We expect very little snowfall in Montenegro but not in Albania. November will be with temperatures 1-2 degrees higher than normal climatic values, also during December it is forecasted to be colder. We expect to feel the real winter at the end of November and the beginning of December. As we noticed we had an October that has brought winter, autumn, spring, so it is still early to talk about accurate forecast for winter.

Region? Unstable weather will bring little rain in Kosovo and Macedonia starting this afternoon. Sunday will bring clear and cold weather, causing the minimum values ??to drop to -1 and -2 in Kosovo. Looking forward to a cool start jab.

Investigation of several months / Weapons, heroin and millions of ALL, who are the 5 young people who sold hard drugs on the streets of Tirana

Lulzim Basha's connection with Toyota Yaris, Artan Hoxha gives details: We have an open process, this is how long the case will last

With temperatures in minus 43.8 degrees Celsius, this is the coldest city in Europe. Here is what meteorologists predict

The number of staff continues to increase / Tirana holds the first place, here are how many police officers have tested positive in some cities of Albania, among them young police officers

Escobar's visit to Tirana / Analyst shows the message that Lulzim Basha will receive, warns of strong developments within the DP

Serious / Family members are shocked, the 35-year-old is found dead in the apartment, he had taken the extreme decision. Reagon Police

Bad weather! The snowfall in Korça is back, learn how the situation is

Serious / A woman is found drowned in Berat, details are revealed

Threat from the new version of COVID, doctor Alimehmeti gives important information and issues the alarm: More dangerous than Omicron is ...

A murder on the spot is prevented / The former father-in-law tried to kill the former groom. Police remain silent during the search of the apartment. It is revealed what was seized from him