Shortly before the elections, another strong 'slap' comes for Monika Kryemadhi / Damian Gjiknuri gives the news, here is what happened in Vlora

Serious accident! The ambulance collided head-on with the "Benz", 6 injured in Rrogozhina, one nurse 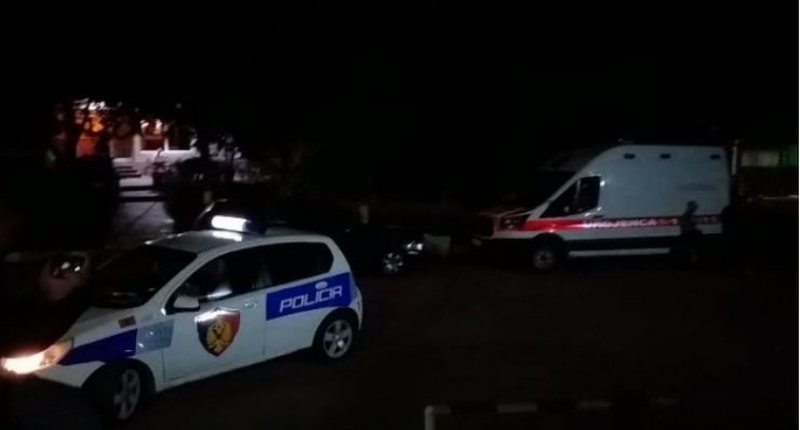 A serious event was marked tonight in Rrogozhina.

Six people were injured in an accident at "Bishti i Zhurit" where an ambulance with a "Benz" car was involved.

The ambulance of Fier hospital with license plate "AA 054 KV" was led by F. Bubeqi 30 years old, while with him was the nurse with the initials EM

While the car type "Benz" with license plate "AA 882 YU" driven by a person with initials LD were also three passengers JD, EM, and JB

As a result of the accident, six people were injured and taken to hospital for medical treatment.

The driver and the nurse who were moving by ambulance and the driver of the "Benz" had more serious injuries.

The investigation team is at the scene, which is carrying out further actions in order to clarify the circumstances of the accident.

Well-known Albanian writer at war with a serious illness, is banned from treatment abroad (Reason)

The situation in COVID hospitals, the Ministry of Health gives fantastic news

20 deaths from coronavirus in the last 24 hours in Albania

They took him to Turkey for treatment, but he did not succeed! The 20-year-old Albanian woman who was injured in the explosion in Ferizaj dies

'It is critical information, only Rama has names', reacts the Albanian consul in Lebanon after the visit of the Minister of Interior

The infectious disease doctor comes out with a strong warning: The country should be quarantined, do not waste time!

The Technical Committee makes the sudden turn for the anti-COVID rules, warns Silva Bino: New measures are imposed on Monday!

Fight against Covid / After Tirana, this is the city that leads the infections in the last 24 hours

Convicted after presenting the 11th Festival, Bujar Kapexhiu recounts the difficult years of his life: I did manual labor! When we sat down to eat ...

Coronavirus update / Health authorities reveal figures, show how many cases were recorded in the last 24 hours

Heavy in Tirana / The fire service building catches fire, next to the surrounding wall of '313'