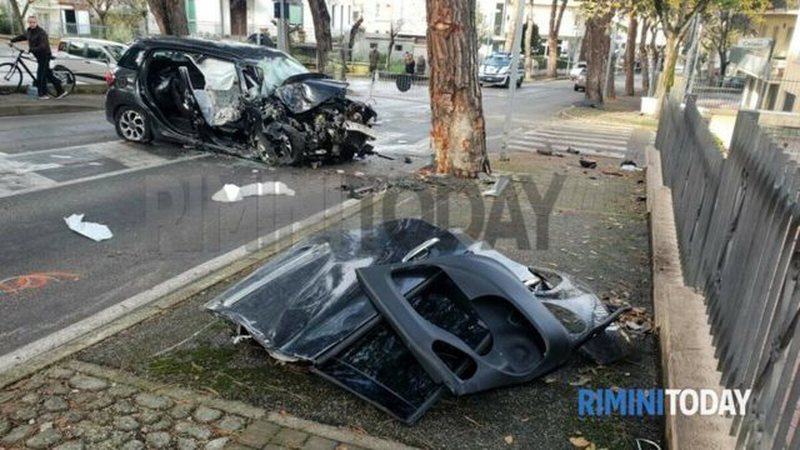 A 20-year-old Albanian lost his life after a tragic accident this morning in Italy.

In addition to the victim, 4 other people were seriously injured and were immediately transported to the hospital.

The collision occurred shortly after 7 o'clock in Riccione, in Viale Abruzzi, when the driver of a Fiat 500 L traveling to the sea after returning from a party lost control of the car and collided with a tree at high speed.

The passengers of the car, five young people all 20 years old from Cattolica, were trapped between the sheets and in addition to the emergency vehicles, the fire brigade also intervened to get them out.

In addition to the Albanian boy who was pronounced dead at the scene, a 20-year-old Italian, an 18-year-old Albanian and a 21-year-old Moroccan boy were transported by helicopter.

The 19-year-old ends up in hospital with stab wounds, police give details

Goodbye sunny days, rain returns / Here's what the weather will be like tomorrow

Caution, severe images / Beaten and dragged on the street (VIDEO)