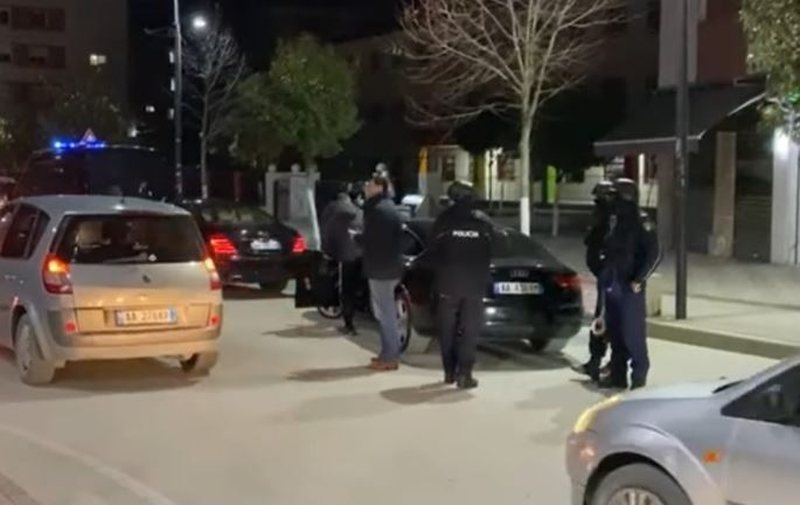 The Rapid Intervention Forces were last night in the city of Fier, in a "flash" action to control luxury cars and those with foreign license plates. The entry and exit points of the city often recognize the increased presence of blue uniforms, but this time they have been present in other axes and in larger numbers.

Control groups consisting of the Rapid Intervention Forces, the Investigation Structure in the Fier Police Directorate, officers and agents of Crimes in the Fier Police Commissariat and the General Patrol, have descended on the ground, setting up several checkpoints.

Luxury vehicles and those with foreign license plates have been in the "sieve" of the effectives. Sources close to the Fier Police have indicated that the focus has been on apprehending wanted persons, those who circulate with firearms or those who attempt to distribute narcotics.

This control comes only one day after the head of the State Police Gledis Nano was present in Fier in the analysis of the work of the Fier Police Directorate.

Serious event in Italy / Slaughtered in front of the boy's school, who is the Albanian who lost her life (Name)

VIDEO / The final of the League Conference, the entrance of the fans in the stadium starts, here is who enters first

Albanian involved in the murder of Paraguayan prosecutor (Photo-Name)

The serious event in the Commissariats / "Recruitment of entirely political personnel", the former senior head of the State Police makes a strong statement: They have employed drug users and with problems ...

Terrible event / The Albanian woman is stabbed, loses her life on the way to the hospital