Business Alliance brings out the figure, you will not believe how many millions of euros Kosovars spent just the weekend we left behind in Albania 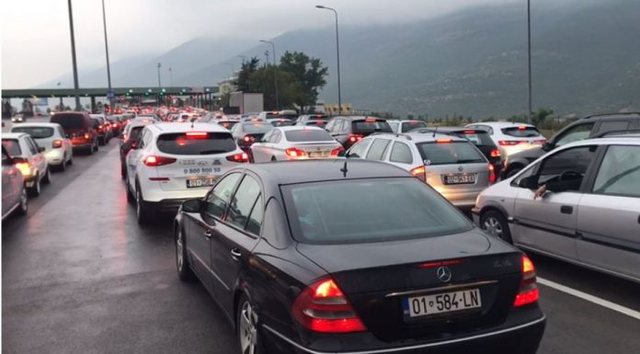 While the Government of Kosovo had closed gastronomy, shopping malls and many other activities, many Kosovars had flocked to Albania over the past weekend.

The Kosovo Business Alliance has announced that in a survey conducted from April 9-12, 30,000 Kosovars left the country and went mainly to Albania.

AKB President, Agim Shahini, said that in Albania over the weekend Kosovars spent 10 million euros. Shahini said that AKB conducted a study from 9 to 12 April, to understand how many citizens spent the weekend in Albania since the measures are in force.

"For these 4 days Kosovo has left 30 thousand citizens, businessmen, politicians, athletes, state officials who moved to Durres, Tirana, Vlora, Saranda, Budva, spending about 100 euros per day, including accommodation, drinks, transport, taxes road. "But these costs have to be much higher, because in these relaxing visits there is no saving."

"AKB has estimated that Kosovars spent 10 million euros for a weekend in Albania after the government closed shopping malls, hotels and cafes. 90% spend all their capital when Kosovars go abroad. Only 5% of visitors from Albania return and visit Kosovo compared to those leaving Kosovo. "There were no visitors to Kosovo this weekend due to the measures," he said. Shahini has recommended to the Government that after April 18, the full operation of businesses be allowed.