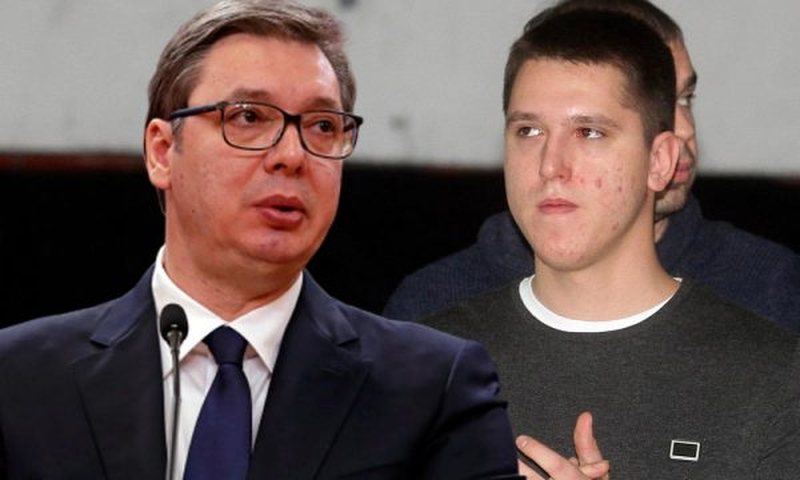 The Serbian newspaper "Danas" has been targeted by the government in Serbia after reporting on Aleksandar Vuçiit's son, Danilon.

Danilo Vuiqi siç, as "Danas" writes, together with a group of people donated a bag of money (30 thousand euros), a car and an apartment to a war crimes convict who served his sentence in Croatia and after his release returned to Belgrade.

It is about "Captain Dragani", who in a press conference admitted that Danilo was with the delegation that welcomed him after his release from prison and gave him a bag of money.

"When they can't hit Vucic, they mention his son. I met Danilo when he received me as part of the delegation after he was released from prison for thirteen years. Then I got a bag of money, I do not know if Danilo put anything in it, maybe too little. "He is being attacked because he was waiting for his hero," he said.

It was Serbian politician and Minister Nebojsa Stefanovic who made the accusations against "Danas", saying that the newspapers in Serbia are attacking Danilo because they want to overthrow Vucic and that they are preparing a coup.

The front page of the daily Danas, in which the opposition and various interest groups are settling scores with President Aleksandar Vucic's son - not with the president, but with his child - is a shame and disgrace for all of Serbia. ", Said the Serbian Minister of Defense, Nebojsa Stefanovic.

While Vucic said that since they could not find fault with him, they were attacking his son.

Dragan Vasiljkovic, nicknamed "Captain Dragan", was sentenced by a Split court in Croatia to 15 years in prison for war crimes. Vasilijkovic was released from prison on March 28, 2020.