The appeal upholds the decision for Zamira Vyshka and leaves the two lawyers in prison, Hoxha clarifies the judge's statement before the black squads that took place behind closed doors: The investigation is... 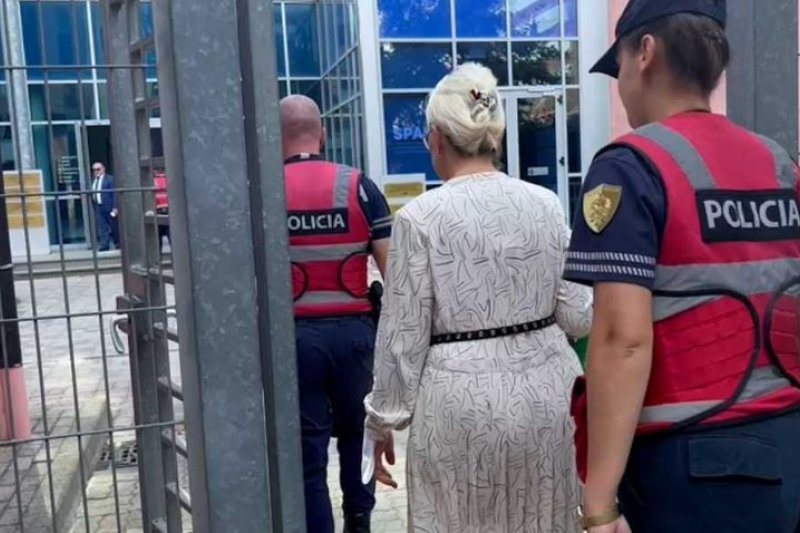 The Special Appeal has left in force the measures given earlier for the judge of Elbasan, Zamira Vyshka, who will remain under house arrest.

Journalist Anila Hoxha learns that the two other lawyers arrested together with the judge a month ago, Ilir Pashaj and Taulant Ramollari, have been sentenced to "prison arrest".

How Judge Zamira Vyshka was arrested:

The investigations are related to a case of active/passive corruption in the justice system, where interested persons/family members of an arrested citizen, in cooperation with the defense lawyer, offered the judge of the case a sum of money in order to favor him in setting the punishment .

It is about family members of Xjulio Musaj, who was arrested for injury, who, through their lawyer Ilir Pashaj, offered the judge money.

The genesis of the investigation started from a document submitted to the Special Prosecutor's Office, which, as stated in the investigation file, is an anonymous report, without the signature of a person, without other identifying data, but only the name of the reporter, Misir Musta.

In the report it is said that judge Zamira Vyshka forced the family members of the defendant she had under trial to hire lawyer Ilir Pashaj as a legal defender.

In exchange for the freedom of the defendant Xhuljo Musai, arrested for intentional serious injury, judge Vyshka and lawyer Pashaj requested the sum of 5,000 euros.