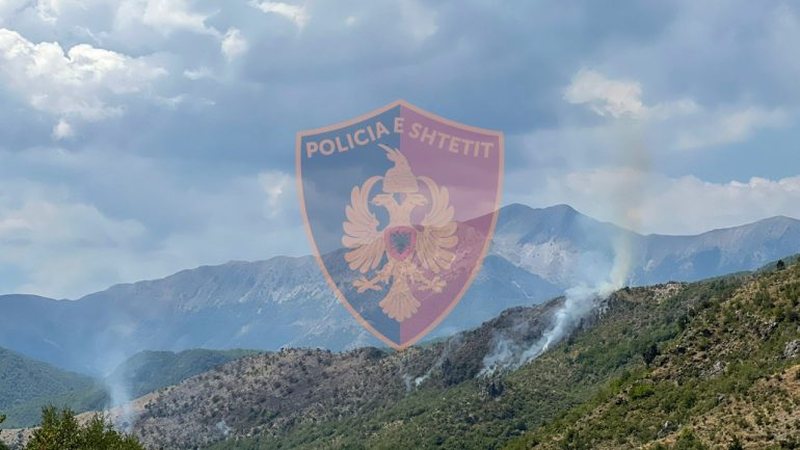 Two people have been put in handcuffs by the Police of Gjirokastër after it is suspected that they were the cause of the burning of a land area with vegetation and an urban waste dump.

Specialists of the Section for the Investigation of Crimes at the Gjirokastër Police Station referred the materials to the Prosecutor's Office at the Gjirokastër Court of First Instance, for the citizen SK, 41 years old, resident of the village of Kardhiq, Gjirokastër, after allegedly starting a fire for burning herbs, in the place called "Mbrete", in the village of Kardhiq, and as a result of the spread of flames, a surface of land with vegetation was burned.

Also, from these structures, the materials were referred to the Prosecutor's Office at the Court of First Instance of Gjirokastër, for the citizen BB, 62 years old, after he allegedly started a fire for burning herbs in the "Gërhot" neighborhood, and as a result of the spread of the flames different wastes were burned in the urban waste dump.

The materials in charge of the above citizens were passed to the Prosecutor's Office at the Court of First Instance in Gjirokastër, for further action.