Artan Hoxha reveals for the first time: How I found the audio of the orders to kill on January 21 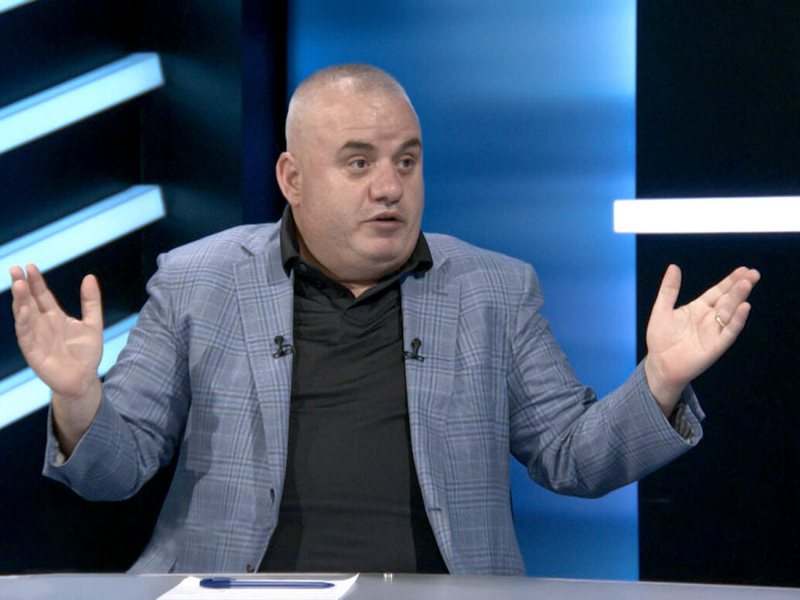 In an interview for "Shqip", journalist Artan Hoxha showed how he recorded the evidence during the January 21 protest. Despite not having the proper tools to record, Hoxha says he managed to capture some key moments from the protest. He says that in for a moment he had to pretend to be Alex Nika's father to listen to a recording on the dictaphone.

"I think that the profession that we have and that differentiates us from other professions is because our profession has certain standards, it has certain criteria, virtues that other professions do not have, and among them is the character, the passion that you must have, thirdly it is courage and professionalism that must accompany all three together to be at the top. You mentioned the famous scene of January 21, if you remember the photo we took at the coup table. In fact, I have a "vice", that I document everything, for example I had to do it without permission, Aleks Nika's father listening to the recording on the dictaphone and at one point I regretted why I did it without permission. And then when the wiretap transcripts were released and I saw the reaction then fortunately I took that part out because I shouldn't have taken the evidence out. The same thing happened on January 21. At that famous table, we took 3 shots at different angles where at a certain moment, because many people of that time sat down and got up at that table, excluding a small group who were also because of the work there, who stayed there the whole time because they were also on duty. Therefore, at that moment, those photos captured the situation that was there. Of course if we had used more material that day, I unfortunately used a phone at the time and until the prosecution took it from me in 2016, it was a Samsung phone from 2000 and it had no internet, nothing, but I kept it only on the radio since I am also a sports fan. So I only used it for phone and radio. But that day I would have loved it. I had another cell phone that was a wristwatch, so it was with the camera and the one with the memory was limited and he got as much as he could because it was for close distances and the angle that I put up there was actually a little long distance I had another handheld camera in which I filmed those parts of the terraces in the beginning it also has a 60 minute tape and in fact that protest lasted longer than we thought. So there are many details sometimes, many elements of our work that make you, from experience, be prepared for that thing, I did not know what would happen on January 21, I had information and based on that information I had made a deduction and on the deduction I had a kind of fluctuation that that day would be an unusual protest because the political situation in the country was very charged. Rather, she (pbuh) should have done it to push back her own militants who had been preaching continuously since the beginning of December. I remember some jokes that former Prime Minister Berisha used at that time in the parliament", said Hoxha.