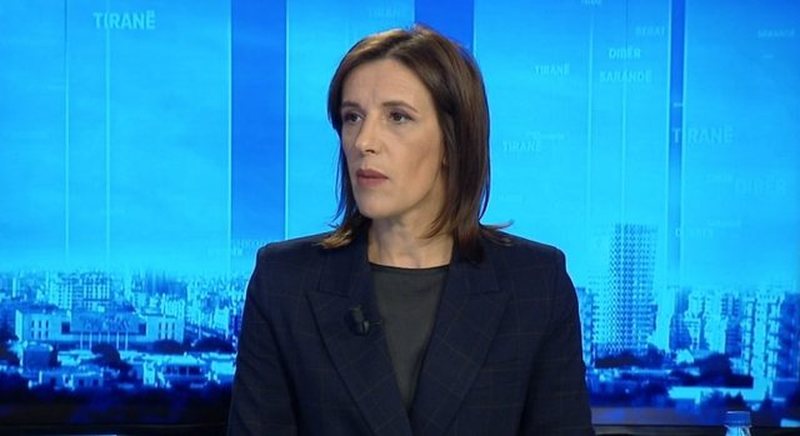 Journalist Klodiana Lala spoke today on the show 'Opinion', regarding the assassination that took place today in Vlora, where two people were killed.

Journalist Lala said that the person who called Lena to the meeting was exactly the one who betrayed her. According to Lala, the main track the police are investigating is that of revenge.

"The main track is that of revenge, since earlier one of the vikamas was suspected of a murder. Lena Shpati has been arrested and released before for gun possession, and this incident could have been prevented if she was in prison. But the links of the state have been severed. If we go to the track of revenge, which is the strongest track at the moment from the prosecution, it is thought that they were both targets of the assassination. Haki Xhezo's brother was arrested for that incident. The Leno slope was limited in movement, and he even found it difficult to run at his mother's funeral. The group organizing this event was well informed that this vehicle was not armored, and there would be no exchange of fire. I think that Lena slope and Haki Xezo have been betrayed from within the species. They made controlled movements, and the first moment they moved uncertainly, this event happens. As in the case of Sadikaj, who blows up. Brilant Martinaj was killed the moment he got out of his armored vehicle. We have professional killers. The precision with which they shot, and the intensity was in the front part. The assassins were determined to kill the victims.

He was also shot with a Kalashnikov. Shots were fired from inside the vehicle, and it is believed that the cartridges were in their vehicle. People with problems do not move freely. The Lena slope was betrayed by someone, after moving, and this must be clarified by the investigation of where he went. The person who invited her to the meeting betrayed her. Crime bosses have been killed or betrayed by trusted people. It was carried out in a massacre, where innocent people could have been killed. The police are surrendering in the face of crime. We have not seen so far except for the case of Duman who spoke with correct names, which was like a gift given to the institutions, there are many rare cases like this. When there is a clash in politics, this moment is used by gangs. We have traffickers in the state police, officials who take payments from criminals, we have drugged policemen, but we also have honest officials. But it is enough for a part of them to be included in this troupe, to tarnish it," she said.

The serious incident happened today around 09:50, at the exit of the village of Panaja, on the road axis Fier-Vlora. The 'Benz Class' vehicle in which the victims were moving was shot from the back, and as a result, it went off the road and ended up in a canal.