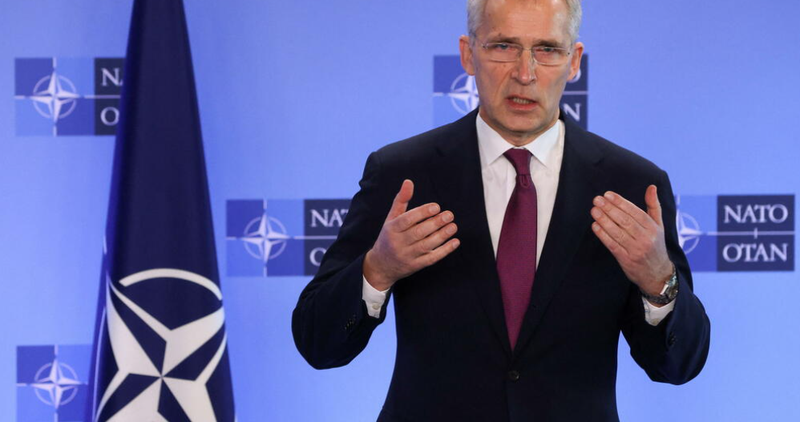 NATO is evaluating the Albanian government's proposal for the co-financing of a naval military base in the new commercial port of Porto Romano.

Commenting on the construction of a naval base in the Adriatic Sea that NATO is negotiating with Albania and other possible investments and the deployment of troops in the region, Stoltenberg said that the new Strategic Concept of NATO, approved at the Madrid Summit, also confirms once the strategy of the Western Balkans, important for the Alliance.

NATO will continue to promote stability, security and cooperation in the region, including the daily efforts of KFOR, our headquarters in Sarajevo and our office in Belgrade, Stoltenberg said, adding that security and stability in the Western Balkans is important for NATO and for peace and stability in Europe.

Stoltenberg said that NATO and Serbia have had a close partnership for years, which is based on political dialogue and practical cooperation, with full respect for Serbia's policy of military neutrality.

The political dialogue between NATO and Serbia takes different forms, including contacts between Serbian and NATO officials and well-established relations between the KFOR commander and the Serbian chief of staff, Stoltenberg said. What makes these relations possible is the constructive spirit and mutual respect, which must continue, he added.

Asked if he is concerned about the long-term stability of Kosovo, Stoltenberg said he has discussed with the leadership of Pristina and Belgrade about the tensions in Kosovo and added that both sides should remain calm, avoid unilateral actions and engage constructively. in the dialogue mediated by the EU.

In accordance with its UN mandate, the KFOR mission is closely monitoring the situation and is prepared to intervene if stability is threatened. Our mission is focused on providing a safe and secure environment and freedom of movement for all the people of Kosovo, said Stolternberg.

The NATO Secretary General said that the Alliance continues to fully support the EU-mediated dialogue and calls on all parties to continue the negotiations because they are of key importance for regional peace and security.