Vlora / Police action with flash controls, two businessmen are arrested. Here is what they seized 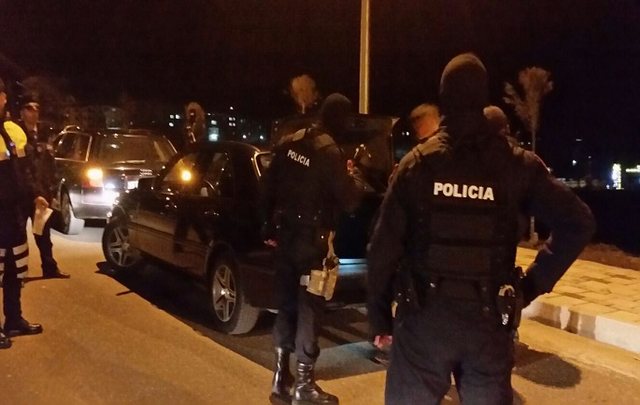 The operation by the Police to prevent and crack down on illegality continues. From the latest official information as a result of the controls, two cases of illegal activity in the field of gambling have been identified and hit.

For this, two owners of premises were prosecuted, while 20 electronic devices were seized.

The persons are accused of "Organizing illegal lotteries" and "Making premises available for illegal games".

“Following the work for the identification and punishment of illegality, the services of the Vlora Police Commissariat have made it possible to identify and crack down on two cases of illegal gambling activity in the city of Vlora. During the controls, 10 electronic devices in working condition were found and seized in the premises of the citizen E. SH, in the neighborhood "24 Maji" and 10 electronic devices in working condition in the premises of the citizen A. A, in the neighborhood "1 Maji", where it was suspected that illegal gambling activity was exercised.

At the end of the investigative actions, the Specialists for the Investigation of the Crime in the Vlora Police Commissariat proceeded criminally prosecuted in free condition the citizens E. Sh., 23 years old and AA, 30 years old, both residents of Vlora, for the criminal offenses “Organization of "Illegal lotteries" and "Making premises available for illegal games", says the police.

The procedural materials were forwarded to the Prosecution for further action. "Be careful" / Meteorologist Hakil Osmani raises the weather alert the next day, predicts how many degrees temperatures will reach and unexpected surprises: Here are the hottest cities!

Are you planning trips to Italy? New rules start today, the Ministry of Foreign Affairs publishes the protocol, get acquainted with the categories of passengers that are excluded from quarantine