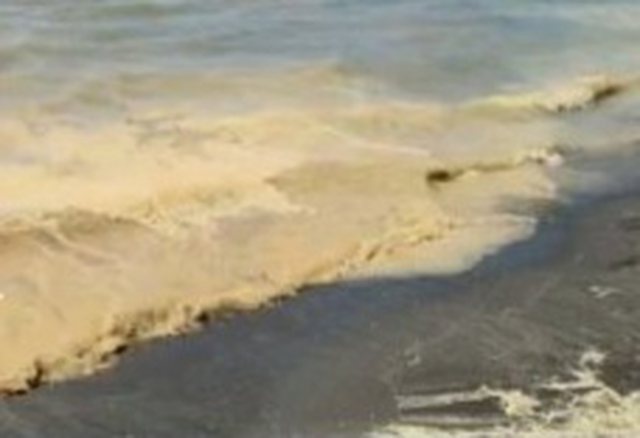 The coast of Shengjin is covered by a yellow dust on the sea shore. From the preliminary data by experts, this phenomenon is not worrying because according to the inhabitants of the area it has happened dozens of times in other years.

According to them this usually happens in areas that have high vegetation.

"We are not dealing with substances that may have been caused by a ship because in the last 24 hours no ship has passed. There is another element as many residents of Shengjin have said that this is an annual phenomenon. They have ascertained it dozens of times last year as well. "The sea waves will bring this amount of pollen." 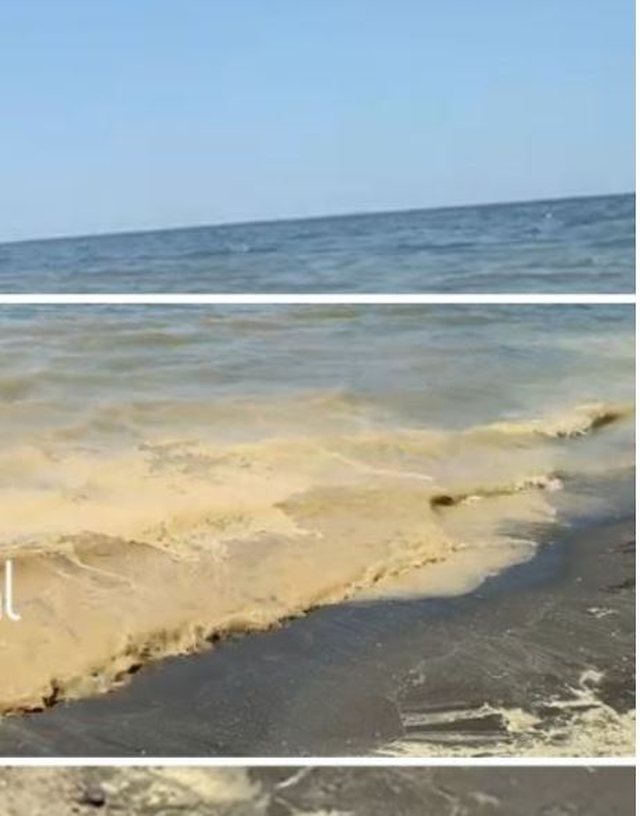 Vacationers who have seen it for the first time have considered this phenomenon as disturbing, but experts say that we are dealing with a natural phenomenon, as the sea without extracting pollen. "This happened because this is an area with high vegetation ", the experts explained.

However the response of the analysis is expected to give more details as to why this phenomenon occurs and whether measures should be taken.

The situation was noticed yesterday morning. In his version, the Regional Director of Environment Bardhok Frroku, who together with environmental experts is in Shengjin closely monitoring the situation, stated that this happens due to natural causes.

The scandal with the incinerators/ Berisha's strong statement: The elderly man with 30 million dollars worth of incinerators is the cousin of the SP deputy! Here is the warning he gives about Rama

Video/ He made dangerous maneuvers with a Kawasaki, the police follow the young man as in the movies

PHOTO/ The terrible storm knocks down the tent of the Calceto in Saranda, it is reported that one person was injured

The issue of incinerators/ "Unjustifiable", ironizes journalist Kikia: I would gladly do 2 years in prison for 30 million euros

"I am a victim!", says the 90-year-old 'millionaire' from the tax evasion scheme with the incinerators: This is how she fell prey to fraud by two people

Terrible accident in Kavaje, the trailer hits the van

Painful/ His son died after a motorcycle crash, the father: Please return the mobile phone, we have beautiful memories