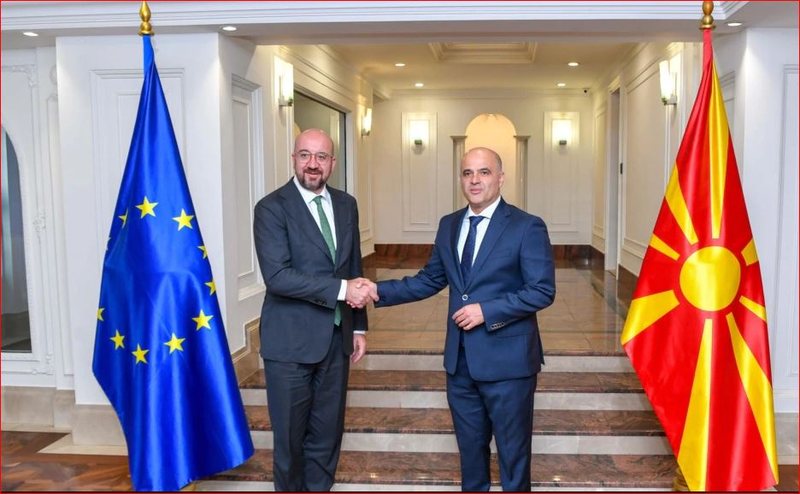 North Macedonia should accept the French proposal as soon as possible. This was the message of the president of the European Council, Charles Michel, during his visit to Skopje. The Brussels official underlined that if the government led by Dimitar Kovacevski says yes to the proposal, negotiations will open automatically.

"In my opinion, North Macedonia should have joined since 2020 when we decided that Skopje and Tirana have a place in the EU. Such a thing was not achieved, but we gave a solution. If you accept this proposal, in a few days we will organize a meeting to automatically approve this decision. Negotiations will be opened automatically. As a friend, I want to tell you that this opportunity is too important to miss," he said.

Prime Minister Kovacevski came out in support of the French proposal, who reiterated that language and identity are not affected.

"The proposal of the European Union that has come to us meets all our requirements. This proposal is a good basis to realize something that we have been waiting for here for 17 years since we received the candidate status for the EU. Our language is clear and is the same as all other languages ??without any notes or punctuation. This proposal protects our history. If we start this, the first intergovernmental session will take place", he said.

A few days ago, it was the Bulgarian parliament that approved the French proposal by removing the veto against North Macedonia that it had decided on the issues of history and language.