Footage emerges from the assassination attempt in Milot / With spacesuits and hoods on his head, the moment when the perpetrators on a motorcycle opened fire on the 45-year-old What happened (VIDEO) A serious event happened yesterday in Milot, the images you see show the moment of the assassination of the 45-year-old yesterday in Milot. Journalist Klodiana Lala has provided the moments when two people on a motorcycle shoot at Ylli Ibrahimi, who during the gun attack was accompanied by 2 other people. Ibrahimi was wounded with a firearm, while he was urgently sent to Tirana for more specialized treatment.

The footage in question, provided exclusively for 'BalkanWeb', shows three people, including the target, walking calmly on the sidewalk, while the security cameras of a business in front of them filmed the moment when a two-person motorcycle with spacesuits was seen on the street. and a hood on his head, which moves fast, while one of them opens fire on 3 people, where Ibrahimi was injured.

Everything happens in a few Macedonians, in a crowded street, while in the picture it can be seen that there were other passers-by at the time of the assassination. The causes of this armed attack are still unknown, while the police are looking for the perpetrators of the crime. 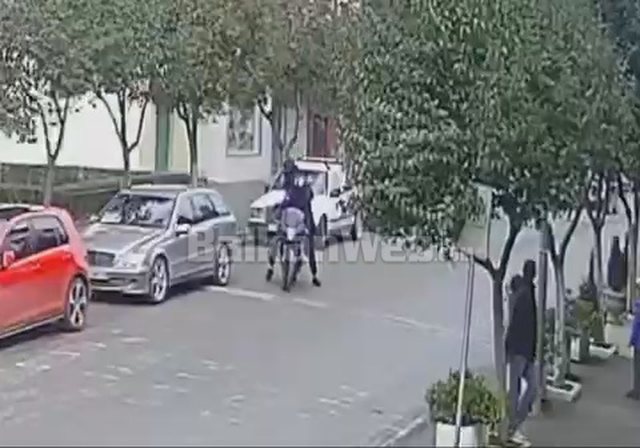 Distributing cocaine, 3 Albanians arrested in Italy, among them a woman (NAMES)

The British mutation of COVID-19, the Albanian doctor speaks from England: Here the alarm was set when ...