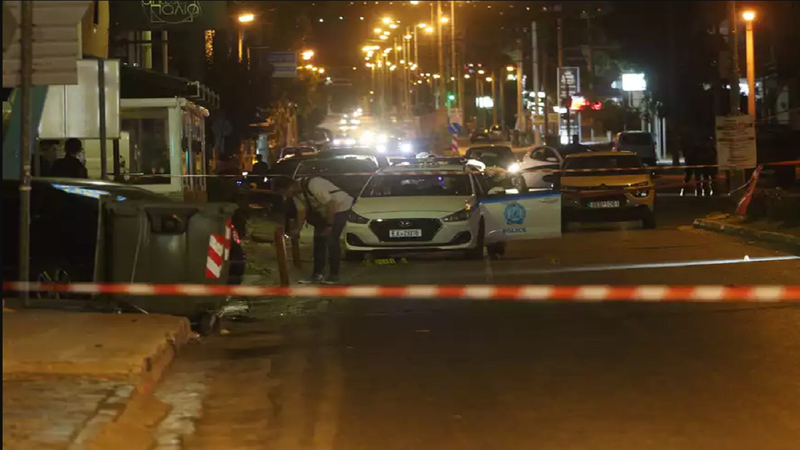 New details have been revealed from the fight between the gangs that ended with the tragic end of three Albanians.

The arrested woman was convicted of prostitution, while all the other persons, such as the killed, the arrested and those wanted, were booked for drug trafficking.

The quarrel between the two groups started at the end of May, after a police operation in which the members of one family were caught.

The other party accused that they were spied on by them in order to take over the area where they sold narcotics in the center of Athens. That's why they started the confrontation. They used to be friends, but they broke up over the drug business.

The event started in the "Kato Patisia" neighborhood of Athens, several people who were traveling in a "Mercedes" type vehicle with Albanian license plates collided with the driver of a motorcycle, who was seriously injured after being shot by the driver of the "Mercedes" vehicle. "Adil Tefa, but during the early hours of this morning, he died in the hospital.

It was the father of the motorcycle driver, who then followed the "Mercedes" with an "Audi" type vehicle and fired a gun, leaving Adil Tefa, who is the 'head' of the gang in Athens, dead on the spot.

Meanwhile, another person who was in the "Mercedes" car tried to run away, but was hit by a vehicle that happened to be passing on the road and was injured.

Meanwhile, another one behind him was able to get out of the vehicle and, at gunpoint, robbed a "Toyota" brand car. As soon as the police arrived at the scene, they started looking for the "Toyota" and found it outside a bar in the "Ajos Anargjiros" neighborhood.

The police called on the young man to surrender, but he opened fire, injuring two policemen. The author himself was killed in the armed conflict.

While the two police officers who were injured are being treated out of danger at the General Military Hospital of Athens.

The event has caused panic and chaos in the two places of armed clashes and many videos and photos are circulating on social media.

Investigations show that the armed group was attacked in "Kato Patisia" by rivals when it was preparing to attack the bar in "Ajo Anargjirus".

The relevant bodies estimate that it is a matter of a clash of people from the world of crime with the aim of settling accounts between them.

Meanwhile, the police have arrested a woman who was in a "Mercedes" type car, while they are monitoring the person hit by the car and have declared at least four other people wanted, all Albanian citizens.