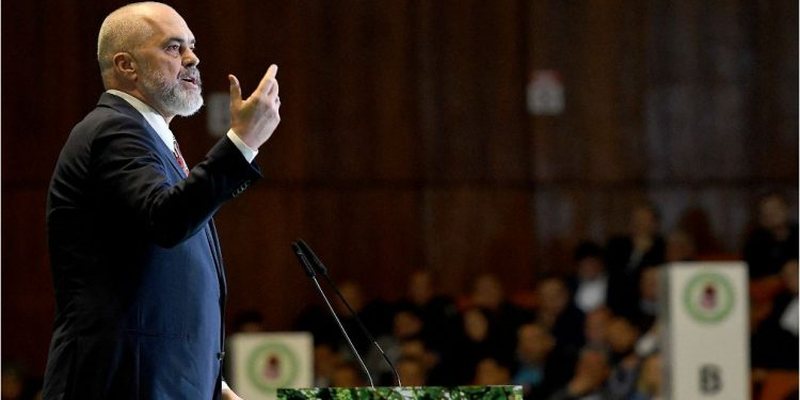 The European Commission expresses serious concerns about the draft presented by the "Rama" government for fiscal amnesty and considers it an essential risk for Albania's reputation.

Through a statement distributed on Monday by the EU delegation in Tirana, the European Commission stated that the draft weakens Albania's control against money laundering; what worries the member states of the European Union as well as other partners.

The representatives of the European Commission have expressed their position to the officials of the Albanian government during the 13th meeting of the Subcommittee for Trade, Industry, Customs and Taxes between the EU and Albania held on June 29 in Brussels.

"The commission highlighted serious concerns about the current draft law on fiscal amnesty. It would weaken Albania's anti-money laundering controls while doing little to enhance the tax administration's ability to improve future compliance with tax requirements,” the press release said.

"Because non-tax residents, including Albanians living in the EU or the Western Balkans, fall within its scope and are required to import cash in order to benefit from the amnesty, the current draft of the law raises serious concerns for EU member states- and other partners, as well as a substantial reputational risk for the country," it added.

The Albanian government published a few days ago for public consultation a new draft of the controversial fiscal amnesty bill, after it was forced to withdraw a similar project from parliamentary consideration last year under pressure from the European Commission.

The project envisages that against a tax of 5 to 10% of the wealth put through smuggling or fiscal evasion, Albanian citizens or foreigners with fiscal residence in Albania will have the opportunity to declare up to 2 million euros per family and save forever criminal or administrative responsibility for crimes committed, including fiscal evasion, VAT fraud or smuggling of excise goods.

Prime Minister Edi Rama's government published in 2020 a fiscal amnesty initiative while facing criticism from the International Monetary Fund, which pointed out that a fiscal amnesty could be used for money laundering

During the joint EU-Albania meeting, which was co-chaired by Andrew Williams, Permanent Secretary of the Subcommittee in the General Directorate for Neighborhood and Enlargement Negotiations of the EC and Vasilika Vjero, Deputy Minister of Finance and Economy, the commercial relations of Albania with the United Arab Emirates, for which the EC seeks clarity and equality in competition for European companies.

"The Commission emphasized the need for clarity in the trade agreement regarding how EU companies can compete on a fair and equal basis for public contracts, as provided for in the Stabilization-Association Agreement," the announcement states./ BIRN