Dua Lipa broke the world record in Tirana, you won't believe how many spectators were present last night 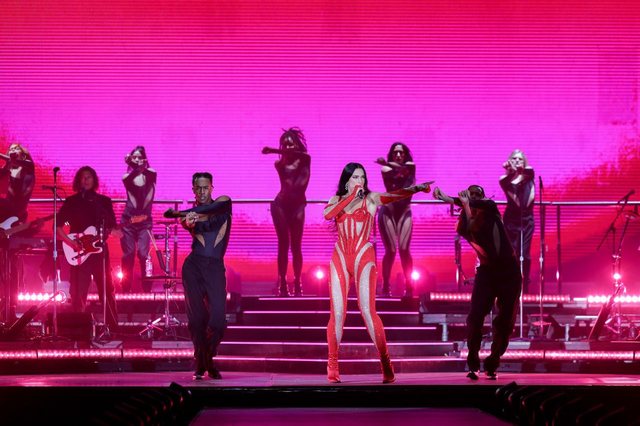 Although the exact participation is not yet known, according to the "Dua Lipa Today" page, around 200,000 spectators were present. Likewise, according to this page that highlights the Albanian star's records, she has broken the record with the concert as the solo artist who has received so many participants in history.

"Dua Lipa's last free concert from the Future Nostalgia tour is now the most attended concert by a solo artist in history, with an estimated 200,000 spectators. She surpassed the record set by Tina Turner in 1998," the site's post reads. 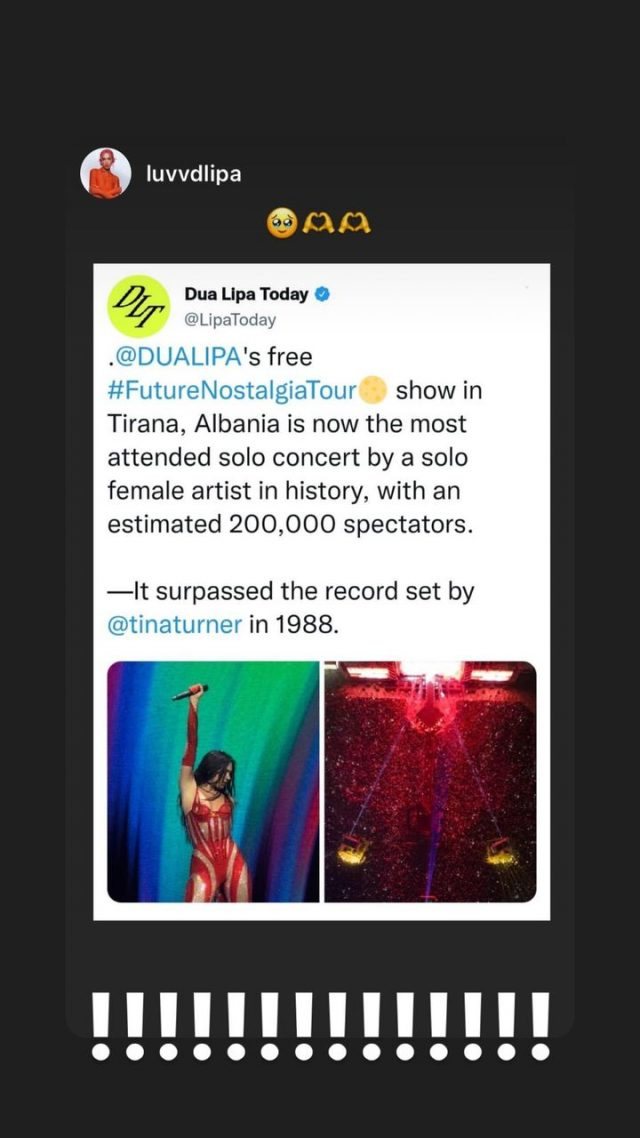 Suffered a malfunction in the engine, the boat remains in the middle of the sea in Vlora, the police come to his aid

"A black BMW...", strong details from the conversations between two Albanian traffickers, fear of the 'blacks': Be careful guys, we're going to the devil

A fight broke out with a hammer and screwdriver between two people, one of them was arrested

The suspected perpetrator injured the mother and daughter with a firearm, died under unclear circumstances

Mother and daughter are injured by gunfire, shocking details are disclosed, here is what the witnesses say

VIDEO/ The 35-year-old hits the minor with a motorcycle and escapes from the scene, the moment when passers-by surround the lying little one