Dumani confesses to the murder of Bujar Çela: I shot him with his brother's pistol, but it was not fired! We hit him with another gun somewhere around 20 times 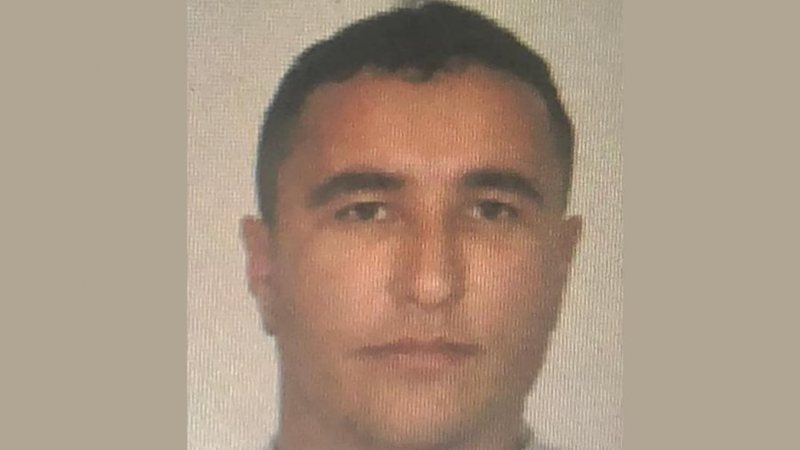 Dumani confessed that the reason for Bujar's murder was the murder of his friend Klevis Kapllani, which was suspected to have been committed by Talo Çela and the Manhasa brothers.

Dumani says that he, together with Enver Diva and Besmir Xhixha, after receiving information from Eljo Bitri, went to the house of Bujar Çela, but could not carry out the execution there, after they were spotted by a person he did not know, and left. .

But from the information he had he knew that Bujar was drinking coffee in a bar where buses were leaving for Greece, and as soon as he saw him, Enver Diva started towards him, who shot at Bujar, but he is still alive, in this moment approaches Dumani who pulls out the pistol which Talo Çela had given him as a gift, but she did not shoot them, so he asked Besmir Xhixha to get out of the car and shoot at Bujar with a 9 mm pistol, and after killing them left in the direction of Fushë-Krujë where they burned the car they had used to commit the murder, while the weapons were thrown in a canal in Plepa in Durrës.

"Regarding the murder of Bujar Çela that took place in Elbasan on September 17, 2020, I want to clarify that the reason that Bujar was killed was that 2 days ago on September 15, 2020, my friend Klevis Kapllani was killed in Rrogozhina ( suspect the incident was committed by Talo Çela and one of the Manhasa brothers). The reason for Kapllan's murder was that he had sent the pistol in the Ramadan event to the service of Seit Manhasa, the author's brother. I organized with Enver Dive and Besmir Xhixha. I communicated with Erjon Alibej and told him that I would change my target, I would not assassinate Dine Çami but I would organize the murder of Talo Çela's brother to take revenge on my friend. I told Erjon that I would give 60,000 Euros to the boys, to Enver and Besmir.

At 4:00 we went to the house of Bujar Çela but we were dictated. I and the boys went in front of the house and I was waiting for the door of the apartment to open for Bujar to come out. While waiting, a citizen I did not know comes after me and I ask him who are you? He told me I's home here. I was wearing a bulletproof vest and I tell the person I am Police. I said to the boys, oh commander, come on, they spotted us and we left. I was with the 2012 Mercedes E Class vehicle which was stolen…. After we went directly to the Cërrik turn to leave the neighborhood of Bujar. I went back once more with Besin and Enver to the bar where I knew he drank coffee in the morning. Eljo Bitri informed me about the location where Bujari drank coffee. I had Eljon as an informant, but in this event he did not know that Bujari would be killed that day. Then I went to the scene. I do not remember if it was me money or other car. On the way near the bar I saw that Bujar Çela got out of the car, at that moment I turned around and stopped the car a little ahead of the bar. Enver and Besin were in a Renault car in front of the bar where they were waiting for me to approach. When they saw me get out of the car, Enver got out of the car where he was standing and went in the direction of Bujar Çela to shoot him. The people who were at the table with Bujar got up and left, at that moment Enver hit him with the Scorpions 7.65 weapon somewhere around 20 times. I went to shoot him but the pistol stuck. It was the pistol that Talo Çela had forgiven me. Generosity was not dead yet but I wanted him dead. Since the weapon I had blocked me, I called Bes, who was the driver, and told him to bring me the weapon. He told me what to do, I told him to hit him on the head. He fired twice with a 9 mm pistol I do not remember the gun. We then left directly then in our own car in the direction of Peqin where I ran away with a lot of money and waited for the boys to come with Renault. I nodded when I saw them return to the place where the cars would burn. The boys put the car in and burned it and they both came to my Benz type car. We left to Fushë Krujë with petrol…. We threw the weapons in the canal. We threw them on the secondary road in Plepa to the canal. Behind the rails where the rotondo is we turned right and threw the guns. If I go to the scene I can identify the place. Erjoni brought me the money through a person in Vora where I took Enver and Besin to get the money as far as I remember. The money came to me and I divided it between the two. I did not keep any money. Both fell from 30,000 Euros per head. I then left for Kosovo. "I wrote to Arjan about this event", it is said in Duman's testimony.

"The ball is in Brussels' court", Brnabi? reacts to the resolution of the European Parliament: I am not clear

"I don't believe that Kastriot Myftaraj jumped from the 4th floor!"/ The well-known Albanian lawyer casts grave doubts. Here's what he writes

Explosives were suspected, it becomes clear what was found inside the abandoned suitcase that stood up the police in Tirana