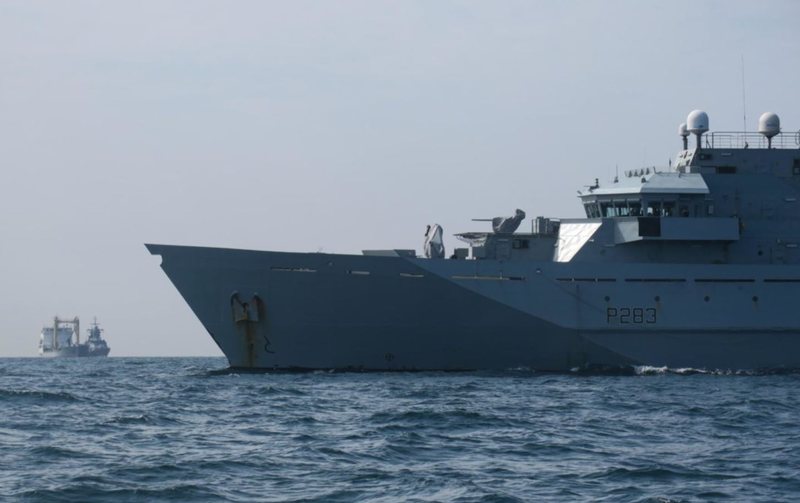 Russia continues to provoke NATO in the Mediterranean. Two other ships of its fleet are headed for the waters that wet and the shores of Albania. One is the "Akademik Pashin" supplier, an unarmed tanker that has carried out espionage missions in the past, photographed on Monday near the city of Dover in Great Britain.

The other vessel is a military unit that is sailing without a position transmitter and has not been identified. The report comes from the well-known Italian media "La Repubblica", which writes that during the past years "Academic Pashin" has often been accompanied by the nuclear-powered cruiser "Peter the Great", a Soviet colossus loaded with missiles.

The 250-meter-long vessel left the port of Severomorst, at the gates of the Arctic, 3 days ago. The British Air Force sent a plane to monitor the movements, prompting a response by Russian fighter jets that forced it out of the base's skies.
The specialist cruise site Covert Shores, which identified the tanker and its mysterious companion in the channel between Britain and France, explains that they are heading for the Strait of Gibraltar in the coming days.

"La Repubblica" writes that they will most likely replace the other Russian warship "Marshal Ustinov" of the Northern Fleet, which has been patrolling the waters between Syria and Sicily for 8 months. Thus, for months, the Mediterranean has turned into a second war front in Ukraine, where Russian soldiers and those of the NATO military alliance face each other at close range.

Moscow has assembled an unprecedented fleet, not far from Albania, with two battleships, several warplanes, two frigates, a small warship, at least 2 submarines and 3 spy ships.