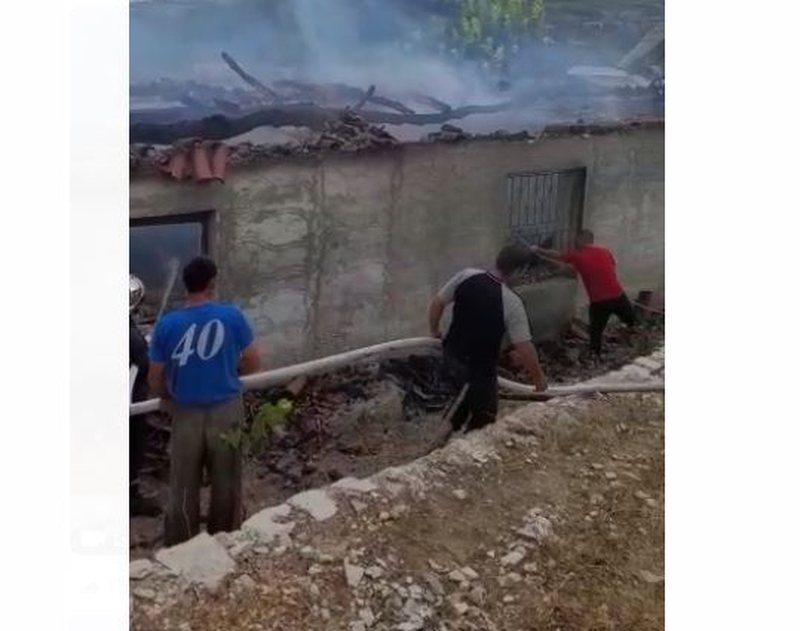 A house was engulfed in flames in Berat, after being struck by lightning.

It is learned that the fire broke out in the middle of the house where the two brothers Artan and Agim Ajazi lived together and then quickly spread throughout the apartment.

After the notification received from the residents of the area, 3 fire engines went to the scene, which made it possible to locate the flames of the fire and put it out, while the family members had left the apartment earlier, exactly at the moment when they appeared the first flames of fire.

It is known that the firefighters entered the flames and took out the money of Artan Ajazi's family, around 20 thousand Euros, from one of the drawers in the bedroom without burning.

The two brothers Artan and Agim Ajazi lived in the apartment that was completely burned by the flames.

Artani lived with his wife and two children and all four got out of the apartment without any injuries, while Agimi and his family have been living abroad for several months.

Fatal accident on the Tirana-Durrës highway, details from the police

Clear weather with a significant increase in temperatures, get to know the weather forecast for today

From accusations of corruption to abuse of office, Frrok Çupi reports judge Hoxha to SPAK

ERE withdraws from the increase in the price of energy above the 800 kWh band, the Board meets today, the agenda