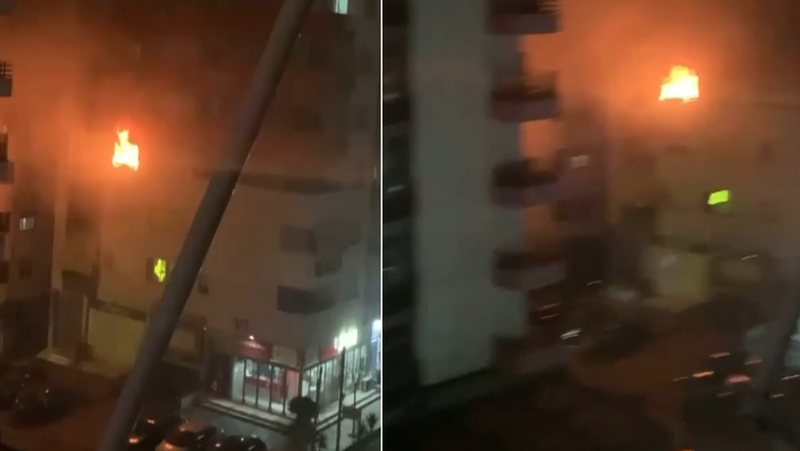 During the first hours of this morning a tragic event took place in a palace in Astir. It is said that in the apartment where the flames broke out, a 62-year-old woman named Hava Osmënaj was thrown from the balcony in order to escape. But he could not survive the injuries sustained and died in hospital.

It is learned that there are other injured, while it is not known what could have been the cause of this serious event that caused a fire in the palace. According to the police report, together with the 62-year-old woman, her son Klodian Osmënaj, 36 years old, who is in the hospital under the care of doctors, was thrown out of the window.

Around 05:55, in Astir, a fire broke out on the 3rd floor of a building. It is suspected that in the impossibility to get out during the time of the fire, the citizen H. O, about 62 years old, and her son K. O, 36 years old, were thrown from the height (window).

As a result, the citizen H. O died, while the citizen K. O, is in the hospital, under the care of doctors.

The investigative group continues to work to fully clarify the circumstances of the event.