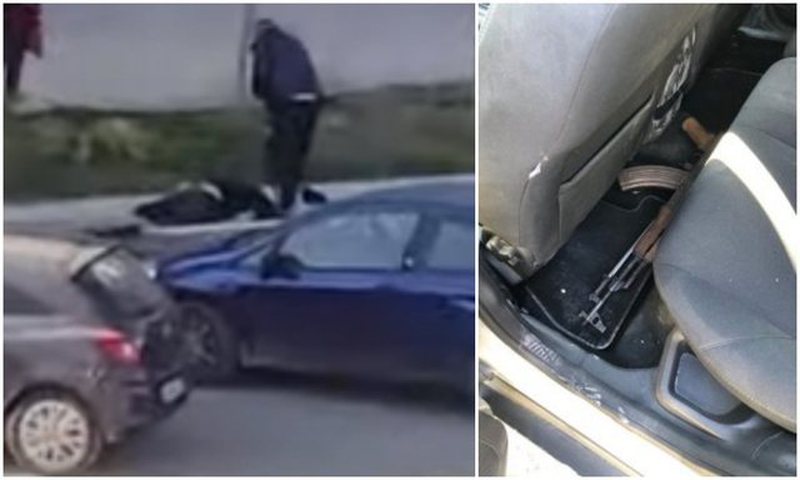 The police has given an official notification for the execution of 31-year-old Tauland Gjikaj in Vlora.

The serious incident took place near the Court of Appeal of Vlora, in the neighborhood "Bashkimi".

For the event so far one person is wanted, while one has been arrested, to whom a Kalashnikov was also seized. In the first testimony before investigators, the arrested Hans (Andi) Jonuzaj denied authorship. "I did not commit the crime" is said to have been the 44-year-old after his arrest.

Vlora police arrest and arrest in record time one of the suspected perpetrators of the murder of the 31-year-old.

The services of the Vlora Police Commissariat, in cooperation with the investigative structures of the Vlora Local Police Directorate and the special forces "Shqiponjat", after receiving the notification that in the neighborhood "Bashkimi", near the Court of Appeal of Vlora, there were gunshots fire, immediately went to the scene.

Thanks to the quick professional and investigative actions, the combing of the area and the immediate reaction, it became possible to catch and arrest one of the suspected perpetrators of the event, the citizen:

Also, the Police services have seized as material evidence the vehicle type "Ford", with which the perpetrator tried to leave, as well as a Kalashnikov firearm.

This citizen, today, around 14:20, in the neighborhood "Bashkimi", Vlora, in cooperation with another citizen, who has been declared wanted, shot with a firearm in the direction of the citizen T. GJ., 31 years old, who as a result of the wounds received has passed away.

The investigative group is at the scene and under the direction of the Prosecution continues the work to fully clarify the circumstances of the event, identify and apprehend the other perpetrator.