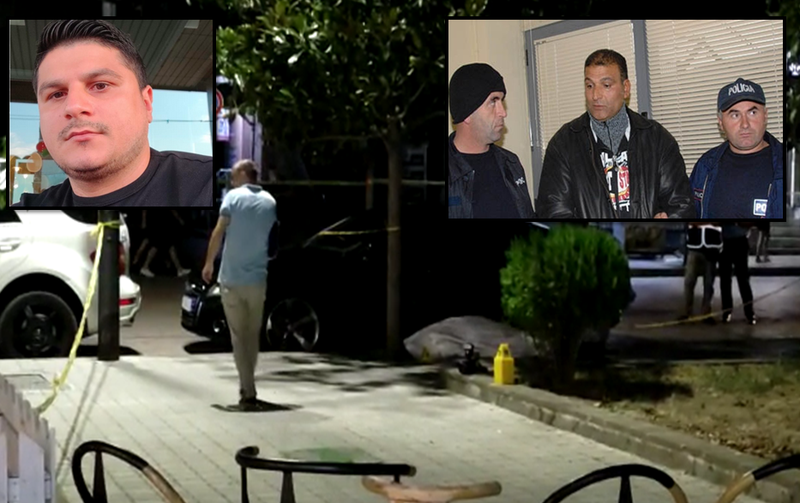 1 arrested and 2 wanted. This is the balance so far of the police operation in Elbasan to solve the murder of 33-year-old Madrid Ulqinaku on Wednesday evening near the "Elbasan Arena" stadium. The Elbasan police handcuffed 18-year-old Ejdin Dino and are seeking to arrest his peer Horgito Peqini and their friend Klaudjan Sallufi, 33 years old. In yesterday's Elbasan Police report, Ulqinak is thought to have been killed with a pistol by Horgito Peqini, while Dino and Sallufi helped him escape after the crime. At the time of Dino's arrest, a knife and a metal handle were found on him. He is charged with "Producing, keeping, buying or selling cold weapons without a permit". On the other hand,
The cause of the event: the 4 people were busy on social networks
According to preliminary data, the 4 people have been in conflict with each other for several days on social networks and on Wednesday evening they went to a bar near the "Elbasan Arena" stadium. However, the conflict has not ended peacefully. After Madrit Ulqinaku left the bar and went to his car, he was shot dead with two bullets. It is still not known what the victims, Peqini, Dino and Sallufi communicated with each other.
Madrid's brother was killed in '97, he was caught in the opposition protest on May 11, 2019
For the Ulqinaku family, this is the second tragedy. In the riots of '97, they also had another son of the family, Madrid's brother, killed. Wednesday's victim was the father of a little girl. He turns out to have been an immigrant in Italy and he constantly returned to his homeland. The only case that has had problems with justice is the participation in the opposition protest on May 11, 2019, when the Molotov cocktail was used. Ulqinak was placed under "house arrest" 3 days later by the Court of Tirana. He was arrested along with 50 other protesters.
The killer is the grandson of "Mandela of Peqin", the former capobanda of fear in '97
Horgito Peqini turns out to be the grandson of Eduart Peqini, known by the nickname "Mandela of Peqini". He was sentenced to life imprisonment in Albania for creating a criminal gang and illegal activities such as: murder, robbery, prostitution network, and many others in the period April-September 1997. With the arrival of the socialists in power, "Mandela of Peqini" was left for Greece, Italy and France, where his rivals followed him. French justice sentenced him to 6 years in prison for running a prostitution ring. He was captured in France in May 2001, but for 8 years he was not extradited to Albania due to missing fingerprints in the accused murders. In 2009, he was brought home to serve his sentence in Albania
Police Notice
Following the information provided yesterday evening, for a momentary conflict, for weak motives, that happened in the 'Kongresi' neighborhood, Elbasan, where a MU citizen, 33 years old, a resident of Elbasan, was killed with a firearm, the investigative group after preliminary investigations carried out, revealed the incident. The investigations carried out show that the citizens HP, 18 years old, ED, 18 years old and KS, 33 years old, first had a verbal conflict with the citizen MU. Then, the citizen HP allegedly fired a pistol at the citizen MU, who as a result of his injuries, he died at the scene. Thanks to the timely response and quick and professional actions of the services of the Elbasan Police Station and those of the DVP Elbasan, as well as thanks to combing the area and checks with numerous police services, it became possible to capture and arrest one of the citizens involved in the conflict, the citizen ED, 18 years old, resident of Elbasan, for the criminal offense as during the physical control exercised by the Police services, they were found and seized as material evidence, a knife and a metal handle. Intensive work continues on the part of the Police services, for the capture of the other 2 citizens declared wanted.