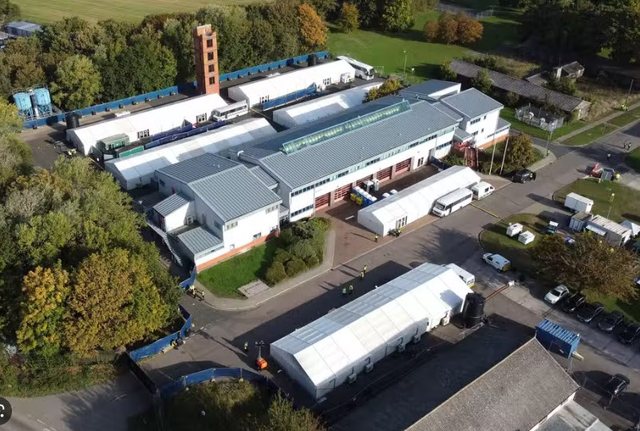 The highly contagious disease, which affects the skin, nose and throat, has so far spread to an asylum seeker processing center in Kent. In this center it was reported earlier that there are many Albanians who arrived in Britain by rafts, who are waiting for their asylum requests to be processed. The Guardian reported in October 2022 that at the migrant center in Kent, 80% of asylum seekers were from Albania.

Dr Simon Clarke, professor of biology at the University of Reading, reports The Sun , has stated that the likelihood is that the infection will spread to the general population.

He told The Sun: “There will probably be enough immunity across the UK to prevent large-scale transmission, but it wouldn't surprise me if smaller, localized outbreaks occur. It is important to note that while diphtheria is potentially a serious threat to public health, it remains treatable with antibiotics if diagnosed early enough."

According to the expert, the infection is potentially dangerous for migrants.

So far, 50 migrants - including some children - who have arrived in the UK this year have been diagnosed with diphtheria, the immigration minister said.

Two people have been hospitalized and another has died, the UK Health Safety Agency (UKSHA) reported on Sunday.

Asylum seekers with symptoms of diphtheria will be placed in isolation, Robert Jenrick said.

The immigration minister told colleagues that migrants showing signs of the highly contagious disease will be separated from others for a "short period" at the Manston processing center in Kent or kept in a "designated isolation centre" while they are treated.

The two residents who stayed away from the wedding organized this evening at the...