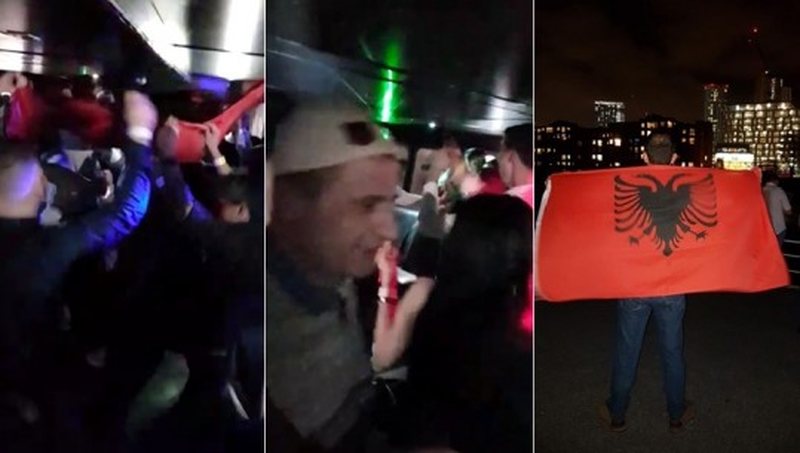 Independence Day is celebrated everywhere in the diaspora. The published images show hundreds of immigrants, mostly young people, who took to the streets of London last night to celebrate. The picture shows how they have filled both sides of the street, dressed in red and black, with Albanian flags in their hands, singing patriotic songs.

There were also car parades in these celebrations, which marched in the streets of the English capital, blowing trumpets with Albanian music in the background.

Although they blocked the paralyzed road for the passage of other vehicles, the English police did not intervene, thus respecting the Albanian holiday, which passed this situation peacefully.

It is worth mentioning here that even the Albanians in the USA have mobilized on this day marked for the country, they have taken to the streets of the cities there, celebrating and singing.

You all can hardly wait! Fast and healthy, Ylli Merja reveals the complete recipe to lose 5 kg every month, say goodbye to extra pounds

Sad what happened in Igoumenitsa, experts worried: This phenomenon was recorded a decade ago

Last night, after the end of the "Big Brother VIP" show, Egzona burst into tears...

After last night's show, Monika talked to the residents about Ilir. "I was very...

Monica talked to Arjola which of the residents will go to the finals. You a...

Altin Sulku has appeared for the first time on screen with his wife, Rolanda, ...