Name/ The Albanian soldier built a "shepherd's house" in the Netherlands, the Ministry of Defense takes the drastic decision for the major

An Albanian soldier has been released by the Ministry of Defense, after he rented a house in the Netherlands, where other people used it to cultivate cannabis. 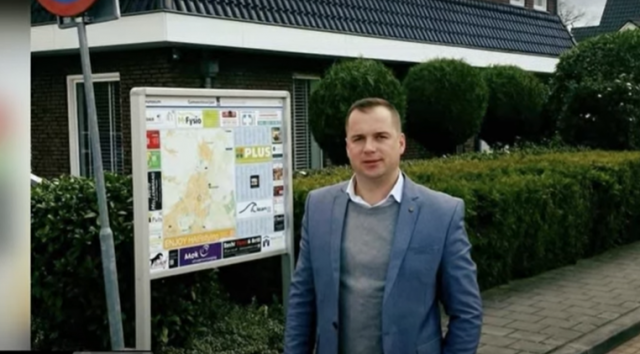 The Military Police says the Ministry of Defense has followed the legal procedures for this case. He interrogated Major Dinoshin about the incident in the Netherlands.

"We emphasize that we cannot provide more information at the moment, respecting the performance of procedural investigative actions for the persons under investigation and their status until the investigation of the case is completed," says the Ministry of Defense.

The Ministry of Defense emphasizes that "after providing the most complete information and the received documentation, the suspension of Major Dinoshi's duties has been proposed, a procedure which has been finalized with the issuance of the relevant order of the Minister of Defense".

We say the Ministry of Defense will be proactive in preventing and punishing any case, no matter how isolated, in order not to spoil the image of the Armed Forces inside and outside the country.

Major Ermal Dinoshi, selected to be part of a cooperation mission with the army of the Netherlands, within NATO, was put under investigation as suspected of being involved in criminal activity.

Dinoshi, according to data from the police of the Netherlands, is suspected of having, in collaboration with other people, set up a house for growing cannabis in the city of Brunsum.

The soldier Ermal Dinoshi was involved in this story after using his passport he rented a house in trust for a relative who then used it to grow cannabis./tch

Storm in Albania, here's when we will have an improvement in the weather. Get to know the forecast for today

The arrest of the Albanian Deniz Xhija in Colombia/ the 45-year-old allegedly disappeared the singer of Tallava in Elbasan! What happened in 2014