The sea issue with Greece in The Hague, the former commander decomposes the situation: Albania is lost if ... 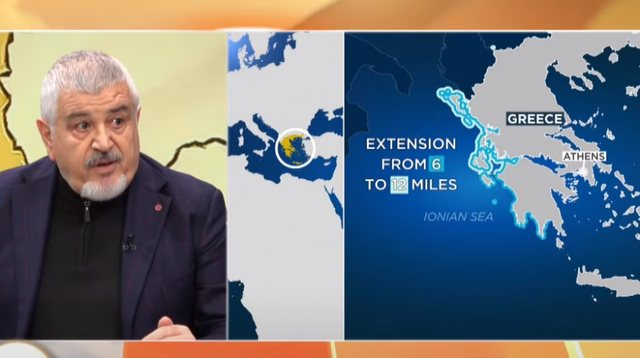 The former commander of the Albanian Naval Forces, Vladimir Beja has commented on the issue of the sea with Greece.

According to Beja, who was the chairman of the group of experts that negotiated with the Greek side, the legal change that is expected to pass in the Athens parliament regarding the maritime territories in the Ionian Sea upsets the existing balances and returns the issue from the beginning.

Beja said that the first serious reaction to the developments from Athens came from former Foreign Minister Ditmir Bushati. He criticized the lack of information and the situation "in the dark" regarding the development of negotiations between the two countries and called for a common position between state institutions, a position that so far, according to him, has been empty and inferior.

"Any extension of 6-12 miles of Greece disrupts the balances so far in the historical memory regarding the borders of Albania and Greece, everything starts from scratch," said Beja in his analysis, recalling that at no point of history between the two countries there have been no disputes over the borders and that Albania has been constantly in defense of its borders.

Former commander Beja is convinced that with the latest developments, Albania is affected and is lost. According to him, even with the 1982 United Nations convention, known as the Montego Bay convention, "Albania is favored" and that according to him "this does not interest Greece, which is trying as much as possible to gain territories in the Ionian and Aegean" .

"In my experience and from past decisions, in most cases the Montego Bay convention has favored the continent and this does not interest Greece, which is making desperate efforts to benefit as much as possible," Beja said, referring to the decision for them. resolved the matter with the International Court of Justice.

On January 19, the Greek parliament is expected to approve the extension of territorial waters from 6 to 12 miles. The Greek government has considered the beneficiary of this law that could bring to Greece up to 10 thousand square kilometers of additional area in marine waters.

The Greek state expects the water issue between Albania and Greece to go to the Hague Tribunal after the April 25th elections.

Former commander Vladimir Beja appeals for the Albanian state to be in unison, to study the effects that this law may have and to maintain a common position "facing the issue".

23 people die in Norway after receiving the Pfizer vaccine, here is what Eugena Tomini says

The dismissal of the former ambassador Hobdari, the well-known journalist comes out with the strong denunciation, shows what happened after the dismissal order: We were lied to!