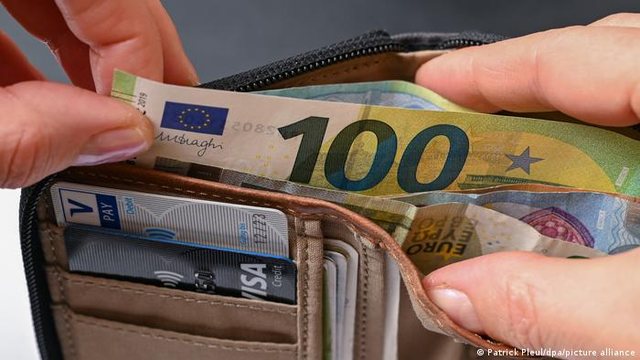 The euro fell today for the first time below the limit of 120 Lekë, marking the lowest historical level in the exchange rate. According to the official exchange rate of the Bank of Albania, the Euro was exchanged on Friday at 119.96 Lekë, touching a new record in a depreciation cycle that, with small breaks, had started last year.

Foreign exchange market agents say that the demand for Euro remains low, while in this period inflows have improved significantly thanks to increased exports and inbound tourism.

Another factor that has probably started to affect the exchange rate between the Euro and the Lek is the final of the Conference League, which will take place in Tirana next week. At least 20,000 foreign fans are expected to enter the country for this event, who will bring large sums of foreign currency with them.

Market agents think the match will have an inevitable effect on the foreign exchange market. The Albanian foreign exchange market is relatively small and inflows in the order of several million Euros concentrated in a few days, will increase the supply of the Euro and will further devalue the European currency against the Lek.

It is very likely that next week the Euro will touch new declining records in the exchange rate with the Lek.

Even further, the fact that we are before the summer season makes the expectations to be mainly in favor of a further appreciation of the Lek in the exchange rate against the Euro.

This appreciation of the Lek for most experts has been unexpected, given the rise in prices and the widening trade deficit, especially starting from the last quarter of last year. But even the increase in imports has not devalued the Lek.

Experts think that the wave of panic that swept the economy after the outbreak of war in Ukraine caused many people to create stocks of consumer food products. This may have somewhat reduced the flow of imports in recent weeks.

Also, electricity imports in recent months are believed to have been in lower quantities, another factor that has further softened the demand for Euro in the foreign exchange market.

The appreciation of the Lek in the exchange rate in this period can help the Albanian economy to absorb the high inflationary pressures coming from imports. According to the Bank of Albania, the strong Lek has somewhat mitigated these pressures and in the absence of local currency appreciation, inflation would probably be higher than the last level of 6.2% reported by INSTAT.