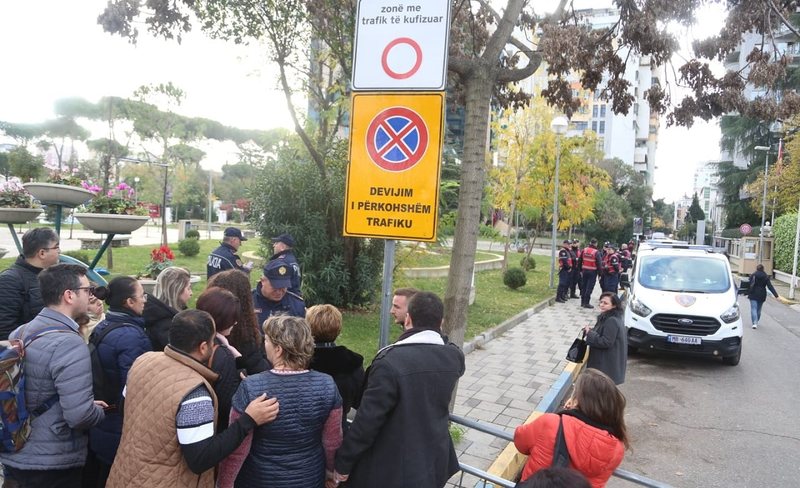 Just as it was warned days ago by the State Police, many main roads in Tirana are "red zone" where no citizen will be allowed to pass.

As can be seen in the picture, the citizens are in line and waiting to pass the security checkpoint, maybe for their needs or to work, but they are not allowed by the officers.

"Ismail Qemali" street, from the Liceu intersection to "Elbasan" street.

There will also be a ban on the traffic of vehicles on the road axis;

"Rinas - Overpass of Kashari - Highway "Durrës - Tirana" - Former square "Shqiponja" - Ring of Tirana - Roundabout of Sauk - Roundabout near the Police Academy - Palace of Brigades - Roundabout of the city "Studenti", until the intersection with "Bajram Curri" boulevard.

The seismic risk map in Albania has not been updated for 44 years, the construction engineer speaks and shows the consequences: How threatened are the houses in Albania