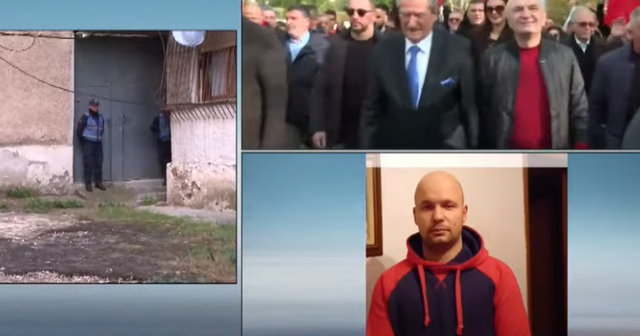 The police have surrounded the apartment of Gert Shehu, the 31-year-old who shot with his fist the chief democrat Sali Berisha, during the protest organized today. As can be seen from the footage, some officers have stood outside the building where the aggressor lives, which is located in a neighborhood on Elbasan street, while other officers are inside where it is learned that they will interrogate the 31-year-old's family members.

Neighbors of the 31-year-old have stated that Shehu was known to be problematic, but some others say he had mental health problems. On the other hand, for some residents of the neighborhood, he was only seen walking around the neighborhood.

Gert Shehu was arrested by the police, shortly after the incident that happened today, when the 31-year-old punched the key-democrat Sali Berisha, who fell to the ground and got up with a sign on his face. The aggressor was wearing a red and black T-shirt.