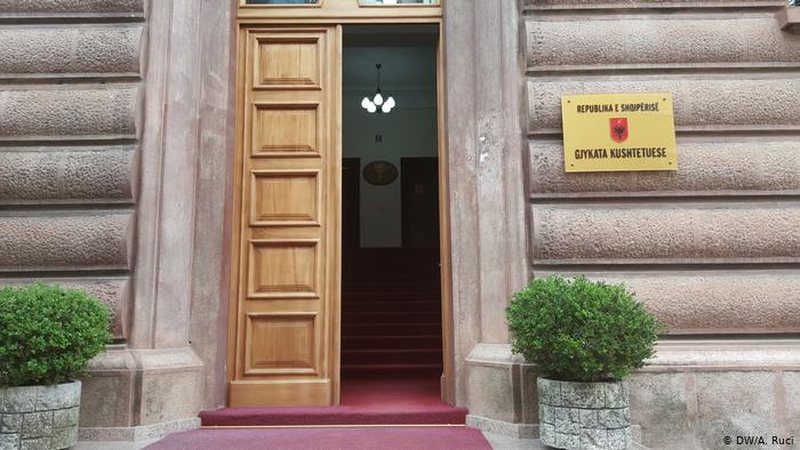 The Constitutional Court has convened today to review several important issues, the two lawsuits filed by the Association of Albanian Municipalities to appeal the June 30, 2019 elections.

We recall that President Ilir Meta did not decree the date of June 30, postponed the date of the elections until October 23. This was not taken into account by the government which held the elections on June 30. It remains to be seen what decision will be taken by the Constitutional Court, but if it is decided in favor of the president and the lawsuit filed, there will be early local elections.

However, Democratic Party MP Luciano Boci has said that even if early elections are decided, they will not participate unless the electoral code is changed to guarantee fair elections.

We recall that days ago the Association of Municipalities of the country, was gathered by the mayor of Lezha, Pjerin Ndreu who initiated the request for the dismissal of Voltana Ademi as president of this institution. This is due to the fact that Voltana Ademi, the mayor of Shkodra, was the one who filed the lawsuit in the Constitutional Court regarding the local elections of June 30, on the grounds that they are unconstitutional.

The decision to dismiss the mayor of Shkodra was taken with the intention that the trial of her lawsuit in the Constitutional Court, stop how long she would no longer be the mayor of the AAM, but this did not happen given that any issue of high public interest, does not stop judging even if the lawsuit is withdrawn.

He had planned to flee to Europe to continue the activities of the organization, the most wanted terrorist is arrested (Name)

Shocking! Albanian man ambushes ex-wife in Italy and shoots her with a knife, injures her son, details are revealed

The murder that shook Lushnja, the perpetrators are arrested, the Police comes out with official information

Other details from the cocaine that was found hidden in the container with bananas, are revealed when it arrived at the Port of Durres

"There were signals", Klodiana Lala gives details about the operation in the Port of Durres: The police searched for several hours in containers, cocaine comes from ...

Well-known analyst points out the big problem that awaits us after the Rama-Vucic and Zaev meeting on the minishengen: Greece will not be so kind with this kind of agreement

Dismissed from property problems, the Appellate Panel makes the decision for the recognized judge (NAME)

Big fire in Radhima, hotels and businesses are endangered / What is happening?

Fantastic news is coming for Albania from Croatia