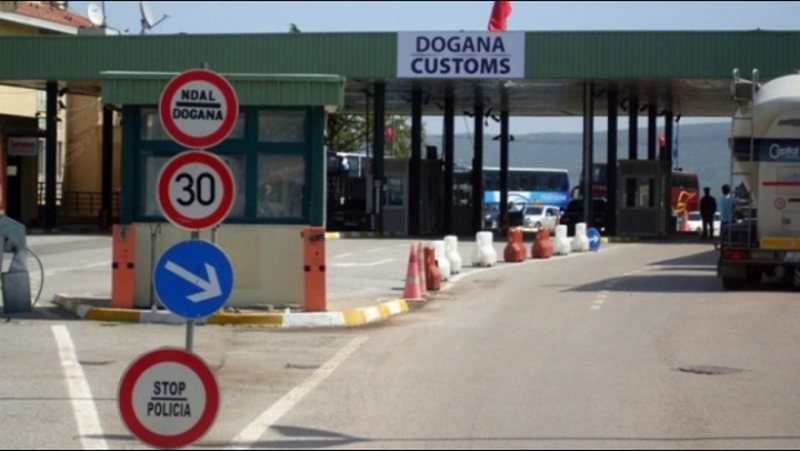 The CIA has signaled today the 'Transporter' operation, thanks to which 2 police officers, 2 customs officers and 1 other person have been arrested in flagrante delicto.

They are accused of abuse of office and smuggling.

CIA and other law enforcement agencies arrested in flagrante delicto 2 police officers, 2 customs officers and 1 citizen for smuggling and abuse of office

Actions within the "Transporter" operation

In the framework of the fight against smuggling and abusive actions at border crossings throughout the country, from information received on the operational road and in cooperation with other law enforcement structures, the CIA caught the citizen NN in flagrante delicto, as in the customs road Gorica-Diellas, control by the specialists of the Korça CIA, in his vehicle were found significant quantities of food goods without accompanying documentation.

After the first investigative actions carried out under the direction of the Prosecution at the Court of First Instance Korça, the CIA arrested in flagrante delicto police officers, for the criminal offense "Abuse of duty":

Their arrest was made after the investigative actions carried out proved that at the moment when the vehicle driven by the citizen NN was presented at the entrance of the Republic of Albania, they did not exercise their functional duty at the place of service, allowing the passage of smuggled goods. Examination of the film footage has shown that the police officers, even though they had visual images of the goods, by inaction have favored the illegal actions of the customs officers and this citizen for the passage of the goods without performing the customs clearance procedure.

Following the investigative actions carried out in cooperation with DVP Korça, the Section of Economic and Financial Crime, the citizens were arrested in flagrante delicto:

NN, 39 years old, driver of the vehicle, for the criminal offense "Smuggling of other goods";

The materials were referred to the Prosecution at the Korça Court of First Instance for further investigation.

The CIA remains committed to its law enforcement mission by responding swiftly and efficiently to prosecuting abusive employees.