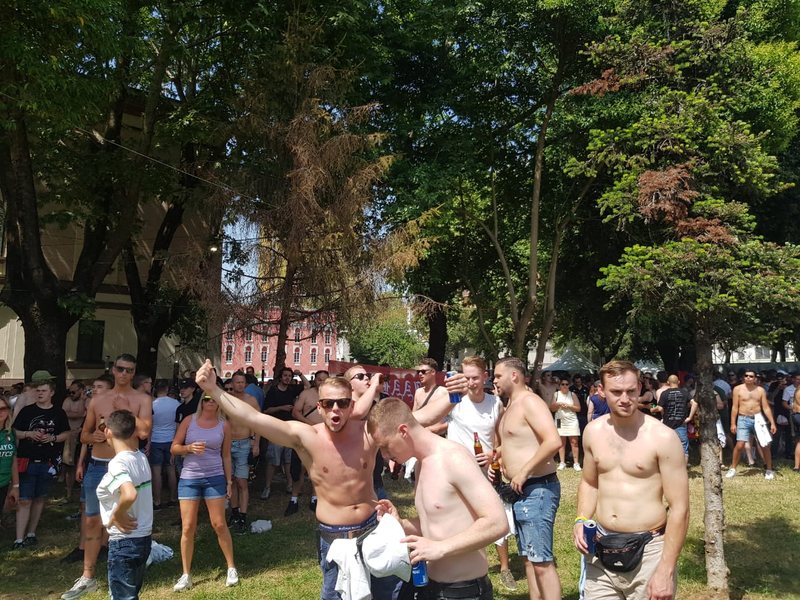 Invited to a TV interview, the former head of the State Police, Shemsi Prençi spoke about last night's clashes between the police and Dutch fans who caused riots in Tirana, injuring several staff members.

Prençi said that the measures taken for assistance by the Kosovo police were delayed and should have been taken last night. While emphasizing that the police had failed to manage the situation with the fans, delaying the intervention which subsequently brought a lot of damage.

'' Such an event has an all-round impact but anyway last night's events were events that happen at sporting events, they happened all over Europe but facts that groups of fans attacked the police directly and the police were not prepared, the intervention was delayed bringing also many injuries. Such an event has required preparation from police leaderships for months. Kosovo police forces arrived in Tirana today, which should have happened last night.

When the fans started coming in groups, FNSH should have intervened. Police assessed it as an event but did not go beyond the characteristics. We should not see it as a sports event only for Albania but for the whole region. '' The fact that today all the airports in the region are frequented means that this sporting event has an impact on the whole Balkans and there should be police cooperation of the countries of the region '' - said Prençi.

Meanwhile, he further added that Albanian citizens should not have been deprived of their right to travel to Tirana.

"We have heard all kinds of advertisements and thoughtless calls that I should never speak to a prime minister or minister where he tells Albanian citizens not to move towards Tirana. The Constitution does not deprive Albanian citizens of doing so only in rare cases. In Albania, the minister is persuaded and tells the citizens not to go to Tirana. Where do they get this courage, the citizens can answer that they do not have a job but that they want to go out for fun in Tirana '' - said Prençi.

The crimes that shocked the country/ "In the murder of Aishe Vata, we identified the biological father of the fetus", how to identify the 'key' corpses, the tooth and the femur