Georgina Rodriguez reacted to the abduction of two Albanian children, their mother has two words for the Portuguese star's partner 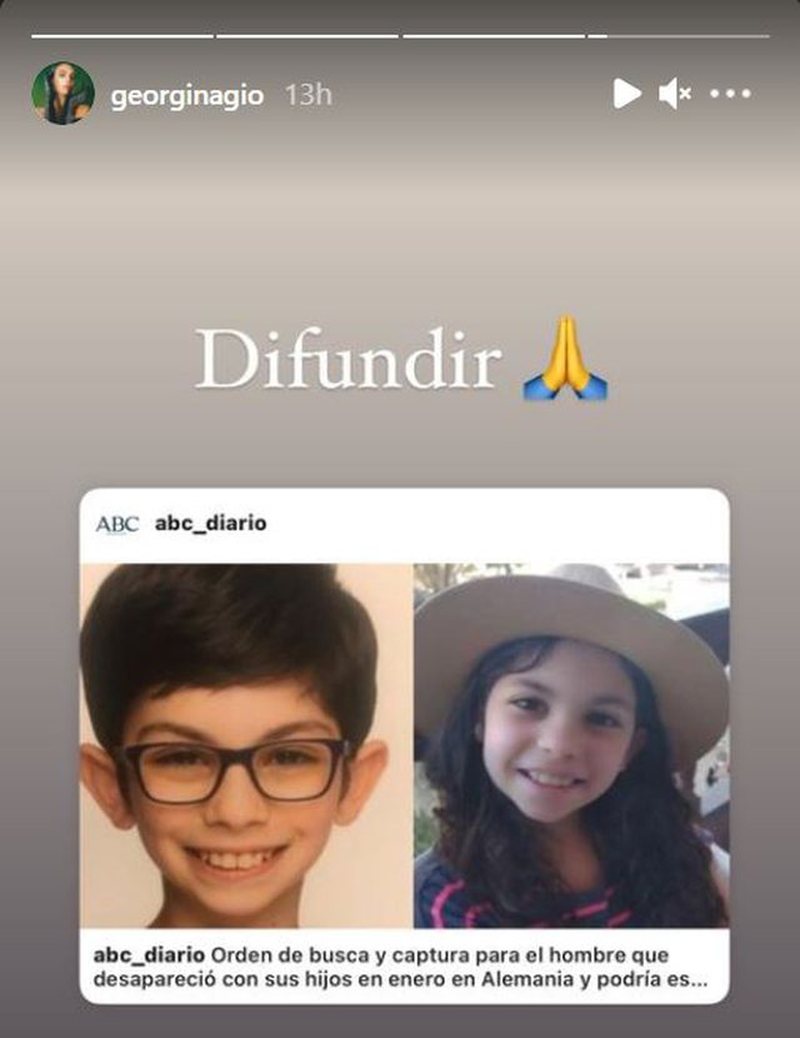 The story of two Albanian minor children abducted by their father caused a great deal of controversy in the German and Spanish media. This story even seems to affect Cristiano Ronaldo's partner, Georgina Rodriguez. At that time, the sexy model reacted through a post on "Instastory", where she published a news that talked about the two children and asked for everyone's help to spread the news as much as possible.

This story was recalled on the show "Albania Live" where in a "Skype" connection was the mother of the children, Enkelejda Sulaj. The latter has told the whole range of suffering she experienced for the eight months she knew nothing about her children.

Enkelejda Sulaj has indicated that she had to go to Albania to renew her passport and the children stayed with her father, but when she returned to Germany she did not find them. After much international search, Amantia and Christian together with their father were found on August 24 on the island of Terneife.

She said German and Spanish authorities have been very slow to find her children. According to her, the media played a key role.

"The authorities have been very slow. The media played a key role for me to take the children ", said the mother of two children, who says that she is very happy that now they are near her.

When reminded that the partner of the famous footballer has shared with millions of her followers on "Instagram" the news of the abduction of children, Enkelejda said: "I have no contact with him. "I thank him."

A tree in the "Europa" Park in memory of the famous Albanian mezzo-soprano, Veliaj: Tirana knows how to honor its figures