"Fine who puts politicians in the bar for campaigning", the Business Association responds to Prime Minister Rama: Enough! We are publicly warning that ... 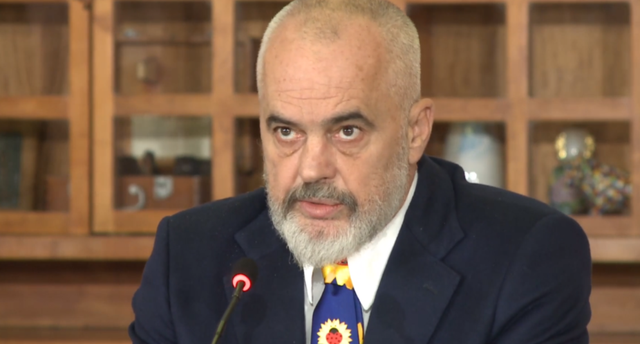 The Small Business Association in Albania has responded to Prime Minister Edi Rama, after the head of government called on the owners of the premises not to accept politicians for the campaign.

Rama said that all businesses that allow political activities in their private entities will be severely punished.

In a post on social networks, the association writes that it is impossible to know the political beliefs of citizens who enter the premises. The statement added that they would no longer allow reprisals, threats from the prime minister.

Dear fellow friends and members of the business association.

The Prime Minister in a joint conversation with journalists on dt. 22.2.2021 before announced:

All businesses without exception should not allow political activities in their private entities otherwise you will be severely punished!

Well, my friend, sir, the great man, explain to us how we can distinguish in business that citizens who enter and leave our premises have political convictions!

Does your government have such an instrument!

We are publicly warning that BOLL MORE with threats of reprisals, fines, selectivity and revenge against the business which is fighting for a living to pay local and central taxes, but also all other obligations which are numerous plus a period of the most difficult due to of the COV 19 virus situation that has brought the whole business to its knees.

BOLL MORE with hysterical Dictatorial type threats that business has changed many governments and prime ministers. These reprisals, intimidation, primitive revenge do not work for you anymore?

Your days are over.

From now on the business does not feel what you say.

You can not defeat the business of Albania

nor with fines and nothing else

Whatever you do are temporary and while the business will be eternal.

This article was prepared by: