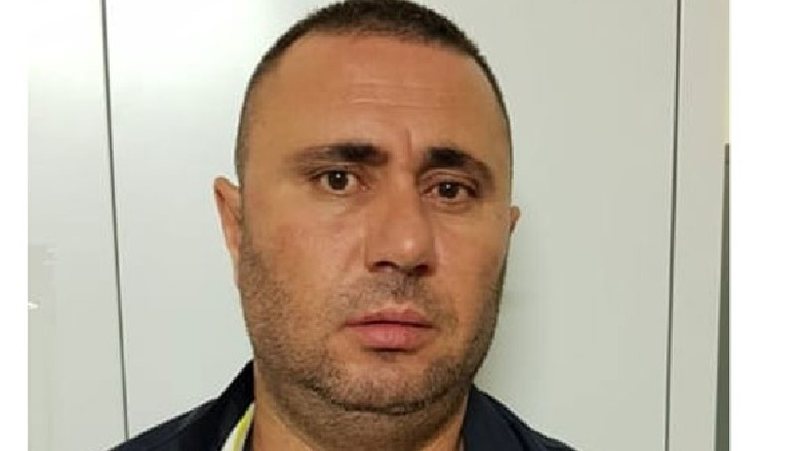 The Supreme Court of Italy has upheld the sentence of 15 years and 5 months in prison for Moisi Habilaj. He is accused of drug trafficking and structured criminal group. Moisi Habilaj was arrested in 2017 by Italian police along with 11 other people who were transporting drugs from Albania to Sicily. Habilaj was sentenced in absentia by the Court of Appeal after the Court of Catania left him under house arrest and he escaped from the apartment where he was staying with the security measure. Checks have been carried out in Albania for a long time to find him, but without result. The Italian side has asked the Albanian authorities to continue the controls as there are reasonable suspicions that Moisi Habilaj has left Italy to hide in Albania.

A few days ago, the Special Court Against Crime and Corruption sentenced Moisi Habilaj to 10 years in prison for the criminal offenses of drug trafficking and a structured criminal group, out of the 15 years that the SPAK had requested. Habilaj was convicted in our country for the event in Babica, Vlora, where a quantity of 4 tons of cannabis hidden in a two-storey villa was seized. Along with Habilaj, 11 other people ended up in handcuffs. His arrest caused a stir in Albania as the investigation was further expanded to include former Interior Minister Saimir Tahiri, who is also in prison serving a sentence. Tahiri was a cousin of Habilaj and is accused of favoring them. Co-defendants with Moisiu are also Florian Habilaj, Nezar Seiti, Armando Sulaj, Maridian Sulaj, Sabaudin Celaj, Tigrens Mezuraj, Fatmir Minaj, all on charges of criminal group and drug trafficking. Recall that the sale of a car by former Minister Saimir Tahiri, a member of the Habilaj family, led the latter to prison, as he was sentenced to 3 years and 4 months in prison on February 4 this year.

The Special Court against Crime and Corruption, at the request of the SPAK, confiscated 9 assets of Moisi Habilaj, convicted of drug trafficking and his family. SPAK requested the confiscation of 9 assets of the Habilaj family in the framework of the anti-mafia law, as according to it these assets were put from the money received from drug trafficking committed in Italy and Albania. The properties that have been confiscated belong to the Habilaj family, respectively: Ciko, Moisi, Artan and Florian Habilaj. Three years after the seizure of 22 assets against Moisi Habilaj and his family, the GJKKO has decided to confiscate only 9 assets, while returning the rest to the owners. GJKKO confiscated 5 cars, a shop, a crib, a building and an apartment. Moisi Habilaj, is currently on the run, while he is also sentenced in Italy to 15 years and 5 months in prison left in force, sentence that he has not yet served after Moisi Habilaj escaped from the apartment where he was staying with security measures. Moisi Habilaj's escape has revealed a scandal in the decision of the Italian court of Catania. The court remanded her in custody, but her decision lacked the paraphrase of placing the electronic bracelet. Habilaj was supposed to be at his family's apartment in Raguzza.