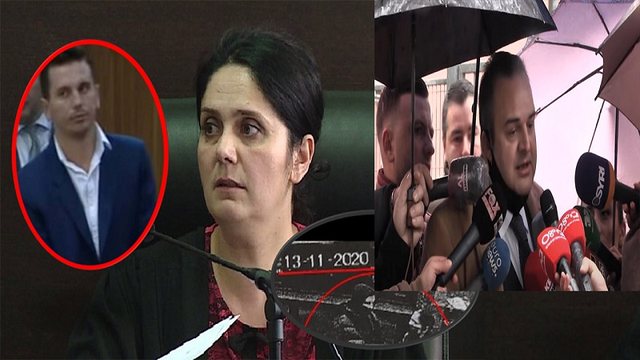 The Special Court of Appeals closed the examination of the appeals for the file of Kruja and the doctor Edvin Prifti. The doctor was released from prison, while the judge Enkeleida Hoxha was given the measure "Arrest with Prison".

For others, the decision of the Court of First Instance was upheld.

After the end of today's session, outside the court, Judge Hoxha's father in a statement to the media said that he sees this decision as a court oath to Prime Minister Edi Rama.

He also appealed for the release of his daughter because according to him there is no one to take care of the nephew who suffers from autism and the minor granddaughter.

"I call this decision an oath of the Court to the Prime Minister of the Republic. The decision has no concrete basis but is in the context of conjecture and fabrication. She has not received money, she has not plotted intrigue and she is not the leader of a hostile structure, because both the detention measure and this measure today are an oath to the problems that the Prime Minister has towards this judge.

This decision has not only damaged her and her image as an exemplary judge, she has left an autistic child without parental care. Who will serve the two children she has left, I am with Parkinson's grandmother is sick. "Please tell me where you will take the two orphans who remain in the middle of the streets", said Enkelejda Hoxha's father.