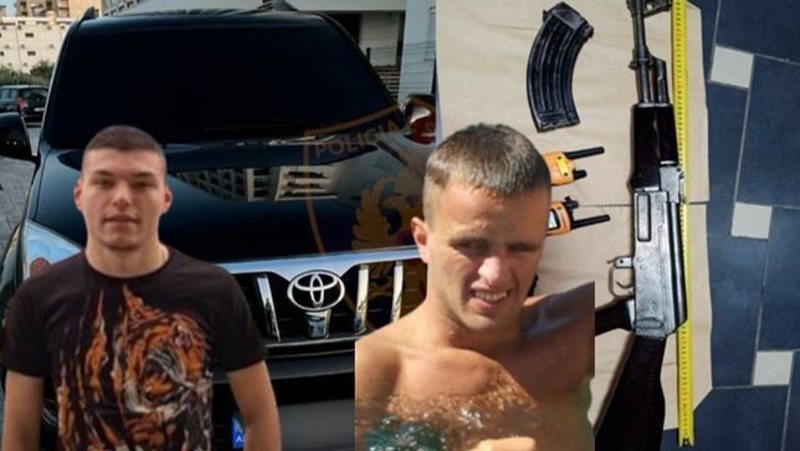 Nikoll Sherrniku, 28 years old, arrested today by the police of Lezha about to carry out an assassination in all likelihood has a connection with the serious event that happened a few weeks ago when 3 years were killed in Fushë-Kruja.

Sherrnik is accused of being involved in the murder of former operative Xuliano Prela and a friend of Brilant Martinaj, who was killed in the Fushë Kruja overpass attempt. Even Martinaj was previously accused of killing the former employee.

It is not known whether Nikoll Sherrniku was ready to commit any assassination in connection with the elimination of many of Ervis Martinaj's men or not? But apparently the clash between the gangs in this area of ??Albania continues.

Brilant Martinaj, Diklen Vata and Besmir Hoxha were shot with about 60 Kalashnikov bullets at noon on July 17 in the Volkswagen Passat car, with which they were moving towards Laci. The car caught fire from the barrage of bullets and as a result they were burned. Only Vata was able to get out of the car, but the aggressors returned again and made sure he died.